Please ensure Javascript is enabled for purposes of website accessibility
Log In Help Join The Motley Fool
Free Article Join Over 1 Million Premium Members And Get More In-Depth Stock Guidance and Research
By Rich Duprey - Jun 9, 2021 at 8:21AM

DoorDash (DASH -2.17%) continues expanding globally as it announced it has entered into its first Asian market, launching operations today in Sendai, Japan.

It marks the third country outside of the U.S. the third-party food delivery specialist operates in, behind Australia and Canada. 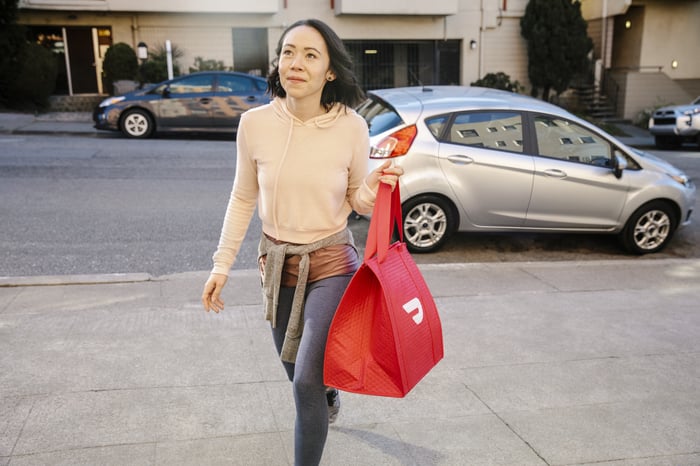 That makes operations much more efficient as DoorDash will be able to squeeze more deliveries per mile out of its operations as it eventually expands to other cities and regions.

Consumers can use the DoorDash app to place orders from hundreds of local restaurants, and the delivery specialist is making its Storefront ordering system available to merchants free of charge through the end of the year, except for processing fees.

Storefront allows customers to place takeout and delivery orders directly with the restaurant and lets them seamlessly integrate the Storefront platform into their existing websites. It's also making subsidized safety equipment available to "Dashers," the drivers who deliver the orders, and holding safety training sessions for them through the Miyagi Prefectural Police Department.

DoorDash isn't the only food delivery company in Japan. Beyond local start-ups, Uber Technologies has been in the country since 2016 when it launched in Tokyo. It also operates in South Korea.