Please ensure Javascript is enabled for purposes of website accessibility
Log In Help Join The Motley Fool
Free Article Join Over 1 Million Premium Members And Get More In-Depth Stock Guidance and Research
By Scott Levine - Jun 9, 2021 at 10:48AM

For people reluctant to gamble with waiting in Las Vegas traffic, The Boring Company has a new option: going underground. Elon Musk's subterranean venture announced that operations at its Las Vegas Loop have begun this week.

The $48.7 million project enables people to visit one of three stations and hitch a ride in a Tesla (TSLA 3.67%) Model 3 or Model X to travel around the 1.5 mile loop that connects the Las Vegas Convention Center campus. Based on testing that the company completed in May, the Loop can transport more than 4,400 people hourly at a speed of about 35 miles per hour -- a far cry from the autonomous travel at high speed that was the original vision of the project. 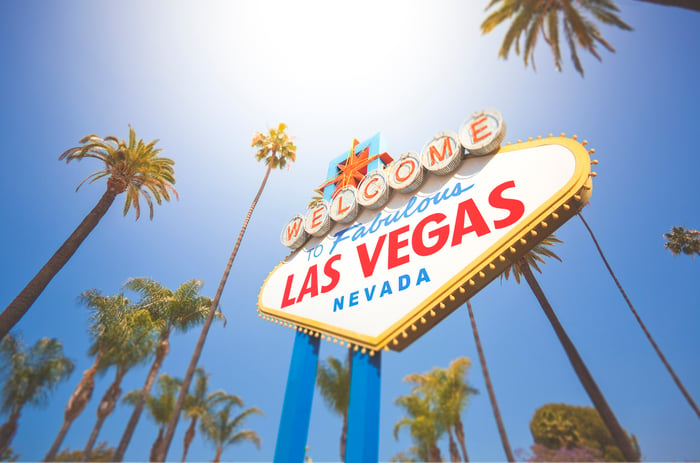 While the coverage of the current Loop is limited, the company plans to expand its reach. In addition to McCarran International Airport, The Boring Company seeks to add stations at various hotels and casinos on the Strip; in downtown Las Vegas; and at Allegiant Stadium, home to the city's NFL team.

While The Boring Company seems to be a winner in its endeavor of innovating urban transportation, it also stands to lose some of those victories if it can't make good on its contract with the city. According to the terms of its contract, the City of Las Vegas can impose a penalty of up to $4.5 million if The Boring Company fails to meet the travel demands for the Loop of nearly 4,000 passengers per hour for 13 hours during peak convention times.