Please ensure Javascript is enabled for purposes of website accessibility
Log In Help Join The Motley Fool
Free Article Join Over 1 Million Premium Members And Get More In-Depth Stock Guidance and Research
By Rich Duprey – Jun 10, 2021 at 11:13AM

The e-commerce giant took the drivers' tips and used them itself.

Amazon (AMZN 1.43%) allegedly kept for itself over $61.7 million in tips earned by its Flex drivers and hid the practice from them for two years. It only changed how it paid the drivers when it became aware the Federal Trade Commission was investigating the company, according to an FTC administrative complaint.

Amazon agreed in February to settle the charges against it, and today the FTC announced it had approved a consent order against the e-commerce giant. Amazon will pay more than $61 million, which represents the total the company allegedly kept from its delivery drivers, and the FTC will reimburse the the workers. 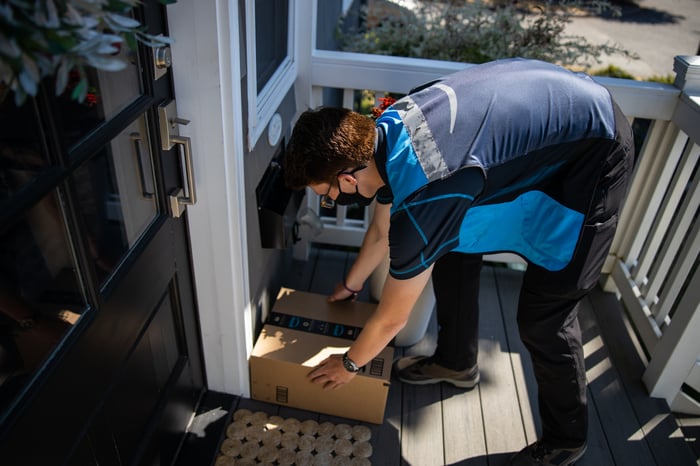 According to the complaint Amazon advertised its drivers could make $18 to $25 per hour, plus keep 100% of the tips they earned from customers.

But the FTC says, "Rather than passing along 100 percent of customers' tips to drivers, as it had promised to do, Amazon used the money itself."

Instead of paying the drivers the promised rate of pay plus tips, it paid the drivers a lower wage rate. Drivers began noticing their pay began to decline and despite receiving hundreds of complaints from drivers, Amazon issued form emails assuring them they were getting the full amount they were entitled to.

It only changed the pay policy in August 2019 when it received notice from the FTC it was investigating the allegations.

In February, Amazon spokesperson Rena Lunak told CNBC, "While we disagree that the historical way we reported pay to drivers was unclear, we added additional clarity in 2019 and are pleased to put this matter behind us."

The consent order enjoins Amazon from violating the decree for 20 years making it subject to civil penalties of up to $43,792 per violation if they recur.