Every company with a high short interest is in play for retail traders right now.

Sometimes it's hard to know what makes a stock move one way or the other. Especially when retail traders are banding together on various online forums aiming to drive stock prices. Three names without company-specific news this week that have been moving higher are Clover Health Investments (CLOV -0.29%), SmileDirectClub (SDC -0.57%), and Virgin Galactic Holdings (SPCE 3.82%). For the week through Thursday, Clover Health shares have jumped about 61%, while those of SmileDirectClub and Virgin Galactic are currently 19% and 13% higher, respectively.

Clover Health has been in the news all week as it became a new favorite among traders focusing on meme stocks -- until it wasn't. But a single-day surge of more than 80% on Tuesday has more than made up for what the stock has given back in subsequent days.

Virgin Galactic is part of the space tourism sector that made news this week when Jeff Bezos announced his plans to be on the first commercial flight of his Blue Origin spacecraft.

SmileDirectClub shares would seem to have a more substance-based reason for rising this week. As economies reopen and more people unmask, there is more desire to want to look their best when they get back together in person. 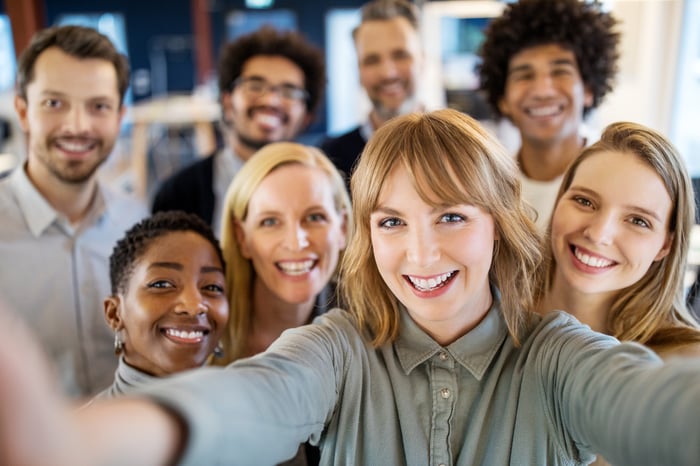 But the gains in these names this week could actually be even simpler to explain, with Clover Health being the most blatant example. The company has a history with the meme-stock crowd. It was taken public by billionaire tech investor Chamath Palihapitiya through a special purpose acquisition company (SPAC). Palihapitiya, the CEO of SPAC-generating investment firm Social Capital, cheered on retail investors as a short squeeze in GameStop (GME 0.02%) materialized earlier this year. He then turned around and sold his entire position after holding it just overnight, announcing an approximately $375,000 gain on his original $125,000 GameStop investment.

The GameStop frenzy energized a crowd of investors, and any name with high short interest became fair game for a group to try to force short-sellers to cover their positions.

So while Virgin Galactic and SmileDirectClub had some other sources of interest this week, their stock jumps likely came down to the same meme stock movement. SmileDirectClub had more than 30% of its float held short as of May 28, according data from MarketWatch. That almost matched the 36% of Clover's share float being short. And Virgin Galactic wasn't far behind at 28%.

So it seems likely that all of these stocks moved this week for a similar reason. They are part of the meme stock mania to drive shares up for companies with significant short sales. Investors should expect the volatility in these names to continue, if that's the case.

Howard Smith has no position in any of the stocks mentioned. The Motley Fool owns shares of and recommends Clover Health Investments and Virgin Galactic Holdings Inc. The Motley Fool has a disclosure policy.