Please ensure Javascript is enabled for purposes of website accessibility
Log In Help Join The Motley Fool
Free Article Join Over 1 Million Premium Members And Get More In-Depth Stock Guidance and Research
By Howard Smith – Jun 10, 2021 at 11:10AM

The struggling video game retailer didn't offer investors many new details about its turnaround plans in its fiscal first-quarter report.

GameStop (GME 1.00%) shares were moving again on Thursday morning, but this time, that appears to be due to word from the company itself, rather than just pressure from online forums. The video game retailer provided investors with its latest quarterly update, but investors overall didn't find anything in that report that gave them a reason to buy the meme stock. As of 11:04 a.m. EDT Thursday, GameStop was trading down by about 12%.

Retail traders who might have been hoping for major surprises when GameStop delivered its fiscal first-quarter report after the close Wednesday were disappointed. The stock had run up more than 20% this week ahead of the report, amid trading volatility for meme stocks in general. The company reiterated its plans to transition its business toward e-commerce, and to help support that, announced the hiring of two new C-suite executives formerly with Amazon (AMZN 2.55%). But there was no big news dropped that investors could get excited about. 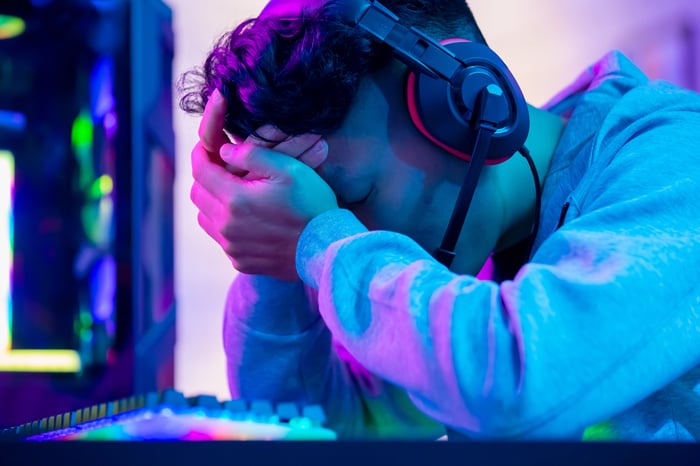 For its fiscal Q1, which ended May 1, the company said its sales grew 25% year over year. But that wasn't unexpected as new gaming consoles gave a lift to the gaming cycle. And while GameStop's new CEO and CFO will bring more online retail experience to its leadership team, no further details about its e-commerce plans were given to a shareholder base that has pushed the stock price to a level well above what the current business warrants.

The company did announce that it plans to take advantage of that rise in the stock price to raise capital: It intends to sell up to 5 million shares of its common stock at market prices. But investors following the WallStreetBets forum on Reddit likely were hoping for something more from Ryan Cohen, GameStop's new chairman. Those traders seem to view Cohen, founder of popular e-commerce company Chewy, as the leader who can save this struggling business. They'll have to keep waiting to hear precisely how he plans to pull that off.