Please ensure Javascript is enabled for purposes of website accessibility
Log In Help Join The Motley Fool
Free Article Join Over 1 Million Premium Members And Get More In-Depth Stock Guidance and Research
By Keith Speights – Jun 10, 2021 at 11:46AM

Investors appear to be taking some profits after yesterday's huge gain.

Shares of Inovio Pharmaceuticals (INO) were sinking 8.8% as of 11:13 a.m. EDT on Thursday. The company didn't announce any new developments, and today's sell-off appears to be due to investors taking profits after Inovio's shares jumped nearly 17% yesterday.

Inovio did have big news on Wednesday that caused the biotech stock to soar. The company announced that it's partnering with Advaccine Biopharmaceuticals Suzhou to evaluate COVID-19 vaccine candidate INO-4800 in a global late-stage clinical study. Advaccine was already collaborating with Inovio to develop and market INO-4800 in the greater China market. 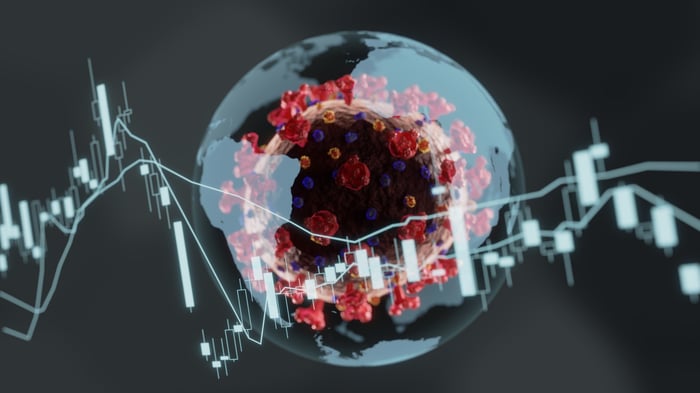 This expanded partnership was exactly what Inovio needed. The company had planned on financial assistance from the U.S. Department of Defense for a late-stage study of INO-4800. But in April, the Defense Department told Inovio that it wouldn't fund the phase 3 segment of the study because of "the changing environment of COVID-19 with the rapid deployment of vaccines."

It's not all that surprising that investors would engage in some profit-taking. Inovio's shares were up more than 40% over the last month as of the market close on Wednesday, including yesterday's big gain.

Inovio and Advaccine plan to advance INO-4800 into the global late-stage study this summer. How Inovio's shares perform will depend on how well this trial goes.