Please ensure Javascript is enabled for purposes of website accessibility
Log In Help Join The Motley Fool
Free Article Join Over 1 Million Premium Members And Get More In-Depth Stock Guidance and Research
By Leo Sun - Jun 11, 2021 at 9:20AM

ContextLogic's (WISH -5.84%) Wish was one of the most disappointing IPOs of 2020. The e-commerce company went public at $24 per share last December, but it started trading at $22.75, closed at $20.05 on the first day, and remains well below its IPO price as of this writing.

Wish serves over 100 million monthly active users (MAUs) in more than 100 countries, but it's still growing at a much slower rate than larger e-commerce companies like Amazon. Most of Wish's merchants are located in China, and it's been dogged by complaints regarding counterfeit goods, long shipping times, and difficult returns. Wish's revenue rose 34% to $2.5 billion in 2020, but its net loss widened from $129 million to $745 million. Analysts expect its revenue to increase 24% this year, but its bottom line to remain in the red.

Wish's stock price recently popped after attracting some attention from Reddit traders, but I believe investors should ignore the recent noise and stick with three better e-commerce stocks instead. 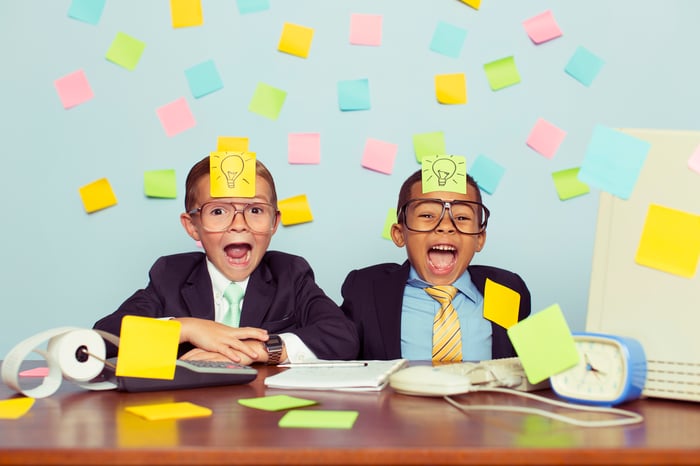 Wish claims to differentiate itself from the competition with its cheap off-brand products, flash sales, and an emphasis on image-based shopping instead of text-based searches. In other words, it's mimicking Pinduoduo (PDD -1.93%), China's third-largest e-commerce company (as measured by annual revenue).

But Pinduoduo serves more shoppers than Wish, and it's growing at a much faster rate. Pinduoduo's revenue rose 97% in 2020, then surged another 239% year over year in the first quarter of 2021. Analysts expect its revenue to grow 96% for the full year. It ended the first quarter with 724.6 million MAUs, up 49% from a year ago.

Pinduoduo carved out a niche in China's crowded e-commerce market by selling off-brand items, launching flash sales, and encouraging shoppers to team up for big discounts on bulk purchases. Those shrewd strategies enabled it to penetrate China's lower-tier cities, and it leveraged that growth to expand into more affluent cities with branded products. It also reached out to farmers and helped them directly ship their produce to shoppers.

Pinduoduo isn't profitable, either, but its stock trades at just nine times this year's sales. That's a reasonable valuation for an e-commerce giant that has more growth potential than Wish.

Speaking of flash sales, Vipshop (VIPS 3.86%) was the first e-commerce company to popularize the concept in China. Vipshop is smaller than Pinduoduo, but it's backed by two heavyweight investors: JD.com, the country's largest direct retailer; and Tencent, the tech titan that owns WeChat, China's most popular platform for mobile messages and Mini Programs.

Analysts expect Vipshop's revenue and non-GAAP earnings to both rise 24% this year. Those are impressive growth rates for a stock that trades at just 11 times forward earnings and less than one times this year's sales.

Investors who are wary of buying Chinese tech stocks should take a closer look at Pinterest (PINS -3.74%). Pinterest is usually considered a social networking company instead of an e-commerce one, but it's been making major strides in the nascent "social commerce" market.

Like Wish, Pinterest prioritizes image-based browsing over text-based searches. It enables users to collect images, videos, and products from all over the internet, pin them to different boards, and share their collections with other users. This format makes Pinterest's pinboards a natural fit for "shoppable" pins.

Retailers like Ikea have already uploaded their entire print catalogs to Pinterest. Its audience also continues to grow: Its global MAUs jumped 30% year over year to 478 million last quarter.

Pinterest isn't profitable yet, but its losses are narrowing. On a non-GAAP basis, its net income increased nearly 16 times year over year to $283 million in 2020. The company stayed in the black with a profit of $78.5 million in the first quarter of 2021. Analysts expect its non-GAAP earnings to more than double this year -- so its stock still looks reasonably valued at 50 times forward earnings and 16 times this year's sales.