Please ensure Javascript is enabled for purposes of website accessibility
Log In Help Join The Motley Fool
Free Article Join Over 1 Million Premium Members And Get More In-Depth Stock Guidance and Research
By Rich Duprey - Jun 11, 2021 at 5:37AM

The retail giant recently announced it will close again on the holiday -- and the truth is, it can afford to.

Walmart (WMT -0.32%) recently announced its stores would remain closed on Thanksgiving Day this year. It's the second year in a row the retailer has done so, and it becomes the second major retailer, after Target (TGT -1.31%), to say it won't open on the holiday.

Although last year stores were closed to keep crowds at bay during the COVID-19 pandemic, this could be the start of a trend that will lead more retailers to follow. In fact, there may be little reason for any of them to open up on the holiday anymore. 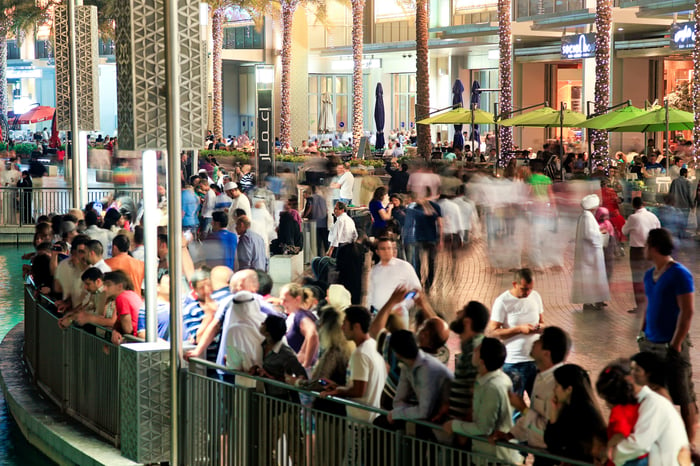 In announcing its stores will stay shut this year, Walmart's executive VP and COO for its U.S. division said, "Closing our stores on Thanksgiving Day is one way we're saying 'thank you' to our teams for their dedication and hard work this year."

While it's reasonable to ask why Walmart didn't appreciate its employees enough before the coronavirus outbreak to give them the day off, the real reason might be that it, Target, and other retailers that eventually follow suit understand it's no longer necessary to open on the holiday to meet their sales goals.

Consumers doing their Christmas shopping no longer confine it to the four or five weeks between Thanksgiving and Christmas Day, but begin shopping much sooner. Not just earlier in November -- though a 2019 RetailMeNot survey found 26% of consumers did -- but also in September (20%) and October (15%), too.

Black Friday still reigns supreme, with 25% of consumers beginning their holiday shopping that day, but with a Christmas-all-the-time attitude among many retailers, and the prevalence of online shopping now, opening on Thanksgiving Day is no longer an imperative.

Retailers also don't have the calendar working against them in 2021. There are 30 days between Thanksgiving and Christmas this year -- just two fewer than the maximum number possible -- and due to a quirk of the calendar, it's only once every six years they have to worry about there being just 26 days -- the fewest number possible -- and that won't happen again until 2025.

It was the shortened holiday shopping season in 2013 that really caused a conga line of retailers to start opening on Thanksgiving Day, and once it started it was difficult to stop. Even though employees and many consumers railed about not being able to spend time with their families, the retailers were too interested in meeting their sales goals to care.

The COVID-19 outbreak changed all that, bringing the practice to a screeching halt. Now it could be difficult for them to go back to opening up again.

Play to their strengths

The pandemic really brought out the best in retailers in meeting consumer needs and demand. Although it didn't matter to Walmart and Target, who were deemed "essential" and allowed to keep their stores open while their specialty retailer and department store rivals were forced to close, the latter were forced to fall back on their e-commerce platforms to survive, and did so admirably.

The trial by fire forced them to invest in and beef up their online operations.

According to a McKinsey survey, e-commerce sales grew 3.3 times faster for retailers during the pandemic than in the five-year period before the health crisis, while the Commerce Department found Americans spent $791.7 billion online during 2020, a 32.4% increase over 2019.

It's carrying over to this year, with data from global cybersecurity firm ESET saying 70% of consumers are shopping online now more than they did beforehand.

So retailers aren't going to need to open on Thanksgiving Day as long as they have a robust e-commerce platform to sustain them.

What they will need to do, however, is focus on last-mile delivery, as that will be essential to the consumer experience. While that bodes well for carriers like UPS and FedEx, it also means there is going to be less capacity available, which will lead to higher costs, and both carriers have already announced price hikes averaging about 5%.

But now that retailer's stores have reopened, they can better utilize their brick-and-mortar presence by leveraging them as fulfillment centers. And for that they can copy the success of Walmart, which has long used its sprawling physical footprint lent to gain leverage with buy online, pickup in store.

While retailers will try to win brownie points by sounding magnanimous for allowing workers to stay home on the holiday, the real reason Walmart, Target, and other retailers can remain closed on Thanksgiving Day from now on is because they no longer need to open up.

This Major Indicator Helped Walmart Blow Earnings Out of the Water

Should You Buy Walmart Stock? 1 Metric That Says Yes