Please ensure Javascript is enabled for purposes of website accessibility
Log In Help Join The Motley Fool
Free Article Join Over 1 Million Premium Members And Get More In-Depth Stock Guidance and Research
By Alex Carchidi - Jun 12, 2021 at 6:10AM

It pays to know what could cause them to move and when.

Now that the coronavirus vaccine race is over and the hype for vaccine stocks is fading, biotech investors will need to go back to basics if they want to pick the right stocks for the next few years. In short, that means looking at companies with promising therapies in development and understanding where their projects are in the pipeline.

Squinting at a company's earnings reports is worth doing, but it won't always be enough of an edge to pad your portfolio. If you want to make money by investing in biotechs, it's key to understand a stock's catalysts. 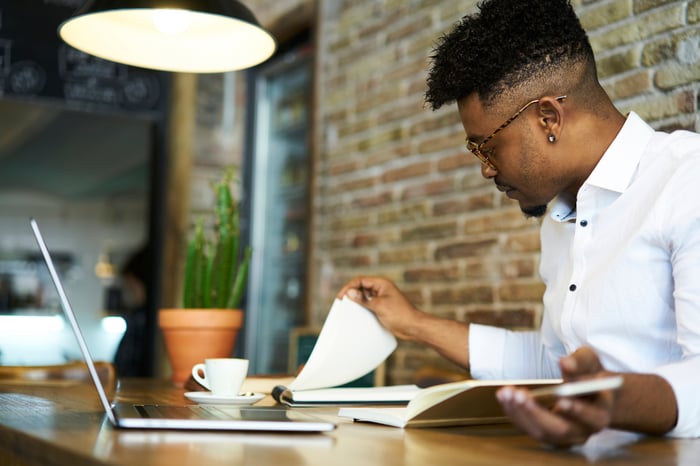 Find out when news is coming out, and then plan for it

Common catalysts for biotech stocks include presentations at conferences, earnings reports, drug approvals, and data readouts from ongoing clinical trials. Clinical-stage biotechs tend to have at least a few catalysts per year, whereas younger companies typically have fewer. In many cases, the type of potential catalyst will be listed ahead of time, such as when management plans to present new data at a conference or when the company plans to hear back from regulators by a given date.

If you want to invest in a stock, you should know roughly when these catalysts will occur as well as what's going to be at stake. Getting a wholly new drug approved for commercialization is usually a much bigger deal than getting an existing drug approved to treat a new indication, as there's more revenue to be made in the former case than in the latter.

Regardless of when important events or readouts might occur, where there's clinical work happening, there are real patients whose health is on the line. So, the market often reacts quite strongly to unexpected negative news, like when patients in a trial have bad side effects. Sometimes, companies need to terminate development of a drug altogether, curbing their future revenue potential.

On the flip side, better-than-expected results can provide a positive boost to a stock. Likewise, investors should understand there might be contagion from one piece of news to another. If a company's drug in development is causing patients to experience surprising side effects, you can bet that regulators will want to take a closer look at their data. And that makes the future catalysts stemming from interactions with regulators all the more fraught with risk.

Still, when the market perceives an excess of risk as a result of problems in the clinical development pipeline, the reward from an upset can be even greater. Take Biogen (BIIB -0.57%) as an example. When its drug for Alzheimer's disease recently received final approval from the U.S. Food and Drug Administration (FDA) after a long and often contentious process, the stock popped by about 50%. And that's the impact on a profitable company with several drugs on the market and $12.6 billion in trailing revenue. For a smaller biotech, the gain upon approval could be even larger.

What's the move for this summer?

Once you've researched the upcoming catalysts, you'll need to determine whether it might be favorable to invest in the stock either before or after there's new information. Because you can't see the future, that decision is going to be a function of your risk tolerance.

It's less risky to buy a biotech stock after some major point of uncertainty has been resolved, because there's a smaller chance of getting your investment shellacked by unexpectedly poor results in the clinic. That said, when you wait for more information, you might be trading away the chance for massive growth. And if a particular project isn't fully approved for sale when you buy in, you might still be exposed to massive downside.

So, your first challenge is to determine how comfortable you are with losing your principal. If you're comfortable with speculating, target earlier-stage biotechs for investment, and aim to do so well in advance of major news. In the case of a company like Cara Therapeutics (CARA 1.55%), a plan could be to buy the stock before regulators weigh in on the final approval of what would be its first drug to hit the market, which should happen Aug. 23.

If your risk tolerance is on the lower side, one could ask why you're considering biotech stocks in the first place -- but setting that aside for now, you could consider a stock like Ocugen (OCGN -4.12%), which aims to sell a proven coronavirus vaccine that was developed by another company. With the drug development risks in the rearview mirror, there are fewer opportunities for a wipeout. So, a conservative move would be to see how much revenue Ocugen is making from its vaccine in its next earnings report, then decide whether it has more room to run before investing.

In closing, there's one final ingredient to learn: holding your positions. You can count on the market to overreact to good news and bad news alike. Even when things look bleak for a biotech, it might not be the end. Trials can be reanalyzed or tweaked and rerun, and side effects can be accounted for and warned against. Don't bail out unless bad news is truly catastrophic for a company's future, and remember that you'll probably need to make more than one bet in biotech before picking a big winner.