Shares of Sage Therapeutics (SAGE -0.24%) are being beaten down today in response to an important clinical trial readout for a potential new depression drug, zuranolone. Investors unhappy with lackluster results for the drug pushed the biotech stock 17% lower as of 12:38 p.m. EDT on Tuesday.

Today, Sage Therapeutics announced top-line results from the Waterfall study with zuranolone, a potential new drug for major depressive disorder that the company is developing in partnership with Biogen (BIIB -1.09%).

Treatment with zuranolone significantly improved patients' scores on the HAMD-17 test, a common method for measuring depression severity. Unfortunately, an improvement that was just 1.7 points less than the placebo group on a test with more than 50 possible points isn't going to impress psychiatrists who are clamoring for improvements to drugs like Zoloft. 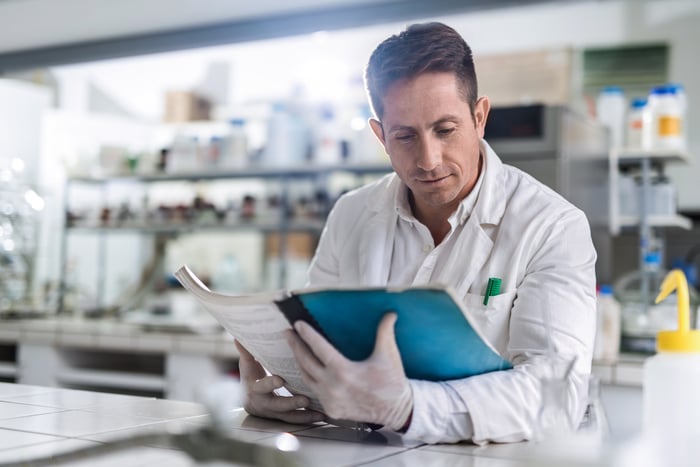 Investors were also disappointed by the lack of a significant improvement to patients' CGI-S scores. This important secondary measurement is another common way physicians measure depression.

Finally, results from the Waterfall study suggest zuranolone isn't capable of reliably providing long-term benefits. While there was a quick separation in HAMD-17 scores just three days after beginning treatment, those differences waned with time.

Today's results for zuranolone suggest its chances of earning accelerated approval from the Food and Drug Administration are slim. That's a problem because Zulresso's launch, which began in 2019, probably won't contribute much to the company's top line in the years ahead. Zulresso requires a 60-hour infusion by a certified healthcare provider, which isn't a viable option for most new mothers.

Sage Therapeutics finished March with a little over $2 billion in cash, after burning through $96 million in the first quarter. That's a large cash cushion, but it probably won't last long enough for an earlier-stage new drug candidate like zuranolone to reach commercialization.

What Happened to Sage Therapeutics Stock?
376%