Please ensure Javascript is enabled for purposes of website accessibility
Log In Help Join The Motley Fool
Free Article Join Over 1 Million Premium Members And Get More In-Depth Stock Guidance and Research
By Joe Tenebruso - Updated Jun 16, 2021 at 7:42AM

The biotech is bolstering its production capabilities for an experimental coronavirus vaccine.

Shares of Ocugen (OCGN 1.41%) rose on Tuesday after the biotechnology company struck a deal with Jubilant HollisterStier to manufacture Covaxin in the U.S. By the close of trading, Ocugen's stock price was up 2% after rising as much as 19.9% earlier in the day.

The agreement comes after Ocugen's announcement on Thursday that it would forego the pursuit of an emergency use authorization (EUA) for Covaxin from the U.S. Food and Drug Administration (FDA). Instead, Ocugen will strive to obtain a biologics license application, a process that's likely to take a significantly greater amount of time.

"We are fully committed to bringing Covaxin to the U.S. and Canadian markets because we believe it has the potential to save lives by adding a weapon to the arsenal in the fight against emerging variants," Ocugen Senior Vice President J.P. Gabriel said in a press release. "Securing U.S.-based manufacturing capability is a critical step as we prepare to submit our regulatory submissions to the FDA and Health Canada." 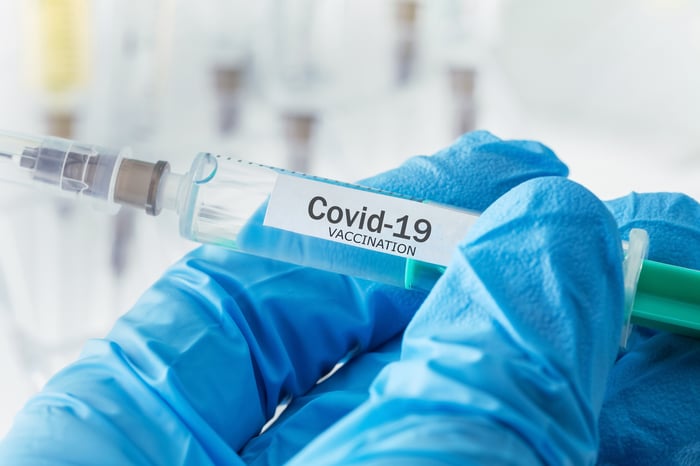 Covaxin is a COVID-19 vaccine candidate that's being developed by India-based Bharat Biotech. Ocugen reached an agreement with Bharat Biotech in February, which gave Ocugen the right to commercialize Covaxin in the U.S. and receive a 45% share of any profits, should the drug obtain regulatory approval.

Ocugen's stock fell sharply last week, following the news that it would no longer pursue an EUA. Although its stock rebounded slightly today, investors are understandably concerned that any profits the biotech could potentially earn from Covaxin are now likely delayed until 2022 and perhaps even later. That could be a problem for a company with no revenue and only $45 million in cash reserves, as of the end of the first quarter.