Please ensure Javascript is enabled for purposes of website accessibility
Log In Help Join The Motley Fool
Free Article Join Over 1 Million Premium Members And Get More In-Depth Stock Guidance and Research
By Alex Carchidi – Jun 16, 2021 at 8:57AM

They're firing on all cylinders, and are picking up steam as we enter the summer months.

If the recent rebound in cannabis stocks is any indicator, this might be the summer of marvelous marijuana returns for shareholders. Now that pandemic restrictions are easing in the U.S., there's a lot of pent-up demand from consumers who are eager to chill out.

Not every resurgent cannabis cultivator stock is worth buying today, though. Many of the major companies are in an uncertain state as a result of mergers, acquisitions, and difficulty in fitting their output capacity to demand. Let's take a look at three cannabis stocks that could make it through this pivotal period during the summer. 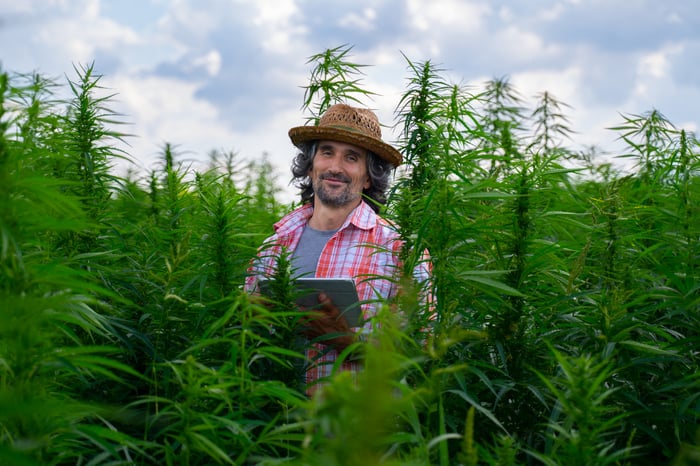 Fresh off the closing of its merger with Aphria in May, cannabis giant Tilray (TLRY -0.67%) is already moving forward with new growth initiatives. On June 8, it launched a new medical cannabis brand called Symbios, while marketing new topical cannabis products under its Aphria brand of medicinals. The company is also a rising star among retail traders on Reddit, though it doesn't yet have as much traction as some of the most popular meme stocks.

Investors should be keeping an eye on Tilray because many questions remain about how much value its merger with Aphria could actually create. If the merger lives up to management's expectations, the company could experience up to $78 million in cost savings over the next two years.

But there hasn't been a single earnings report since the transaction closed in early May. Stay tuned for Tilray's next earnings update on Aug. 10, and remember to look for any hints about how management is planning to take advantage of the stock's popularity with retail traders. While it might not be necessary to raise cash by issuing new stock right now, having a plan to rally the retail trader army at an opportune moment could get the company out of a tight spot down the line.

Nevada-based Planet 13 Holdings (PLNH.F 0.85%) is on a bit of a tear lately. Per its 2021 first-quarter earnings report, the company grew its quarterly revenue at a rate of 41.8% year over year. Importantly, that rapid level of revenue growth appears to be accelerating on a yearly basis as a result of its recovery from the pandemic shutdowns.

In each of the last three months, Planet 13 consecutively broke its prior sales record thanks to a resurgence of sales in its Las Vegas location. Plus, it plans to open a new store in California's Santa Ana sometime in the next few months, which will be its third location. So investors can look forward to even more new revenue rolling in over the next year.

There's one catch with Planet 13 that deserves attention. The company's crown jewel is its dispensary near the Las Vegas Strip. Thanks to the throngs of tourists in the area, it's safe to say that the store's location is perfect. But Planet 13 hasn't proven that it can be successful outside of its extremely lucrative home turf. Nor is its presence near the Strip enough to secure profitability on an ongoing basis.

Thus, investors need to watch Planet 13's margin in light of its newest store to see if its success can be replicated elsewhere. If the new store is profitable throughout the rest of the year, it'll be a strong sign that the stock is a good purchase. 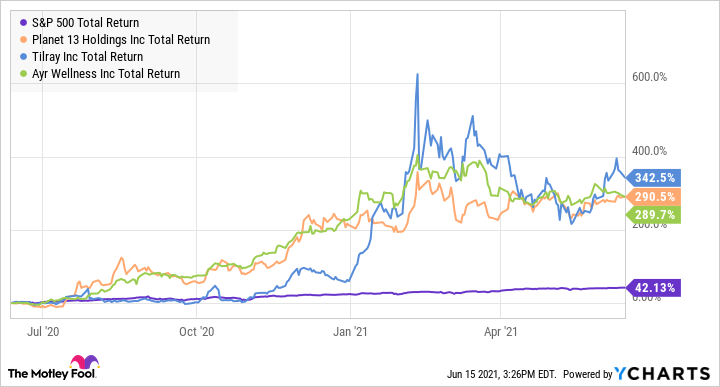 Ayr Wellness (AYRW.F -3.88%) is probably to be a hot cannabis stock this summer. In the first quarter, its revenue grew by a shocking 74% year over year, reaching nearly $180 million in trailing 12-month revenue, but that might be just the start. For the second quarter, management expects that Ayr will grow its revenue by around 218% compared to the same period in 2020, reaching $90 million. If that comes to fruition, it'll cause the stock to jump when the earnings report drops, to say the least.

In late April, Ayr opened its 50th dispensary, and it hopes to have 64 in total by the end of 2021. More stores will enable deeper penetration of regional markets, which will keep its growth story going. But, it'll also increase the company's overhead costs, so it might defer profitability further.

Pay attention to Ayr's margins as well as its earnings before interest, taxes, depreciation, and amortization (EBITDA) and cash flow. If this company continues to show that it can scale up without harming its free cash flow, I think it could be be a winner down the line.

3 Ways to Invest In This Skyrocketing Growth Industry