Please ensure Javascript is enabled for purposes of website accessibility
Log In Help Join The Motley Fool
Free Article Join Over 1 Million Premium Members And Get More In-Depth Stock Guidance and Research
By Keith Speights – Jun 16, 2021 at 4:55AM

Plus one potentially big advantage for Clover Health.

AMC Entertainment (AMC 1.78%) ranks as the biggest meme stock so far this year. Shares of the theater chain have skyrocketed more than 2,800%. One of the newest meme stocks to hit the scene, though, is Clover Health Investments (CLOV -1.46%). Shares of the Medicare-focused healthcare technology company have nearly doubled over the last couple of weeks.

Does Clover Health merit more attention than AMC? Not necessarily. Here are three reasons why AMC is a better meme stock than Clover Health. 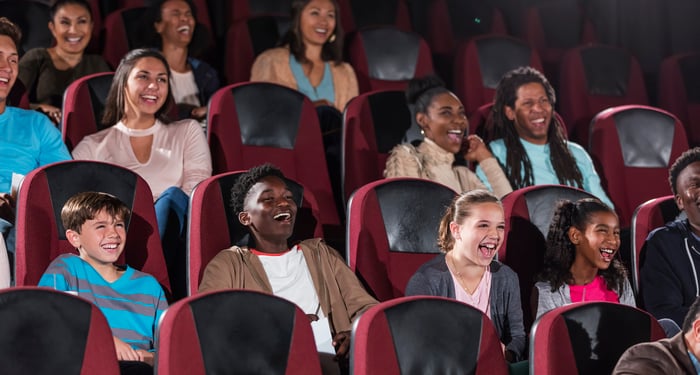 Neither AMC nor Clover Health are by any means a bargain at their current prices. Despite its humongous gain this year, though, AMC is cheaper than Clover Health based on one key valuation metric.

We can't use earnings-based multiples to compare AMC and Clover Health. Neither company is profitable at this point. However, we can see how the stocks stack up against each other using another popular valuation metric -- the price-to-sales (P/S) ratio.

2. It has a stronger near-term catalyst.

Both of these companies have opportunities that could boost their revenue and share prices in the coming months. However, I think that AMC boasts the stronger near-term catalyst.

One reason why online investment communities were attracted to AMC in the first place was that the stock was beaten down so much last year due to the impact of the COVID-19 pandemic. Thanks in large part to the widespread availability of vaccines in the U.S., though, many of the restrictions in place throughout most of 2020 are no longer in effect.

AMC CEO Adam Aron stated in the company's Q1 update, "We finally can now say that we are looking at an increasingly favorable environment for movie-going and for AMC as a company over the coming few months." Many Americans are ready to return to theaters. And, at long last, they'll have new movies to watch in those theaters.

Unlike Clover Health, though, AMC has been in dire straits throughout much of the last 12 months. It seems likely that its business will benefit much more from the catalyst of movie-goers returning to theaters than Clover Health will benefit from its direct contracting effort.

3. It isn't under federal investigation.

Investors can't just look at what could make stocks go up; they also need to check out things that could make the stocks go down. That leads us to another advantage that AMC holds over Clover Health: It isn't under federal investigation.

In February, short-seller Hindenburg Research published an article stating that Clover Health had not disclosed that it was under investigation by the U.S. Department of Justice (DOJ). Hindenburg also claimed that Clover's marketing practices have been misleading and that its Clover Assistant software "deceives the healthcare system" and "poses a significant regulatory risk."

After this article was published, Clover Health revealed that the U.S. Securities and Exchange Commission (SEC) is conducting an investigation related to the allegations. The company acknowledged that a DOJ investigation was under way but called the inquiry a standard practice related to its work in the Medicare system.

It's quite possible that Clover Health will be completely exonerated by both the DOJ and the SEC. For now, though, the company has a dark cloud hovering over it that AMC doesn't.

Investors should note that Clover Health could have at least one key advantage over AMC. The healthcare company's long-term prospects just might be better than AMC's.

The number of movie tickets sold in the U.S. was declining even before COVID-19 hit. AMC should enjoy a rebound this year and potentially next year after the pandemic-related plunge in 2020. However, it remains to be seen if the momentum will be sustainable.

Assuming Clover Health comes out largely unscathed from the federal investigations, the company could be a big winner as it expands beyond Medicare Advantage. There's a distinct possibility that its business and its share price could outperform AMC over the next decade.

Regardless of which of these two meme stocks is the better pick, my view is that there are other stocks with more attractive valuations, risk levels, and long-term prospects. Investors don't have to limit themselves to just AMC and Clover Health -- or any other meme stock, for that matter.