Please ensure Javascript is enabled for purposes of website accessibility
Log In Help Join The Motley Fool
Free Article Join Over 1 Million Premium Members And Get More In-Depth Stock Guidance and Research
By Will Healy - Jun 16, 2021 at 9:00AM

The stock's behavior amid an embarrassing outage may point to a change in direction.

After a strong runup through much of 2020, Fastly's (FSLY -0.41%) stock has experienced a slowdown that began in October and then accelerated downward in February 2021. The stock price is trading effectively where it was a year ago at this time and just when the stock began to show some solid recovery, a software bug briefly took down roughly 85% of the company's service network. Weirdly, this service interruption may actually be pointing investors toward an opportunity in Fastly stock instead of a reason to sell.

Like many tech stocks in 2021, Fastly hit a peak price early in the year. It reached an intraday peak of almost $123 per share on Jan. 27 before changing direction, falling as much as 68% by mid-May. 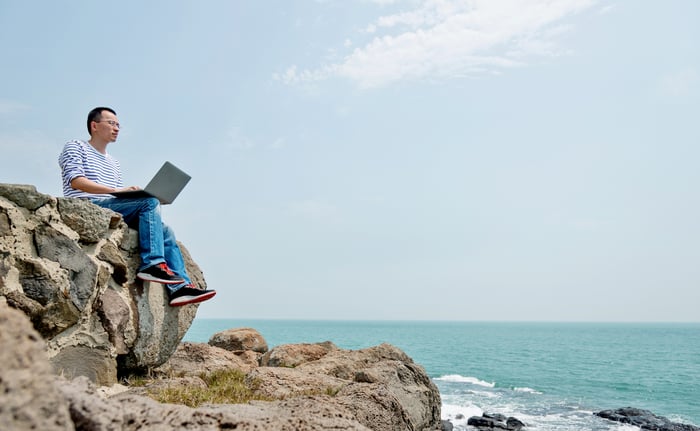 This occurred as the drop in COVID-19 cases across the U.S. had led to the reopening of many previously shuttered establishments. Some investors feared that the reopening economy could slow or possibly reverse some of the growth in 2020 that occurred when locked-down businesses and consumers scrambled to move activity online. This bear market in Fastly briefly took the stock below $40 per share by mid-May.

Fastly stock had been on the comeback trail when the software outage hit so many of its clients for about an hour on June 8. Counterintuitively, the stock price increased on the day of the service interruption, rising by nearly 13%. Though it pulled back some of that gain over the next two days, it has managed to hold on to most of it. This support amid a crisis that could have potentially damaged its reputation speaks to the recent strength of the stock. The speculation is that the outage actually revealed a number of previously unknown clients that Fastly provides services for. Seeing who these clients were assured investors that Fastly is actually relied on by a broad range of companies, including some very big and lucrative names. 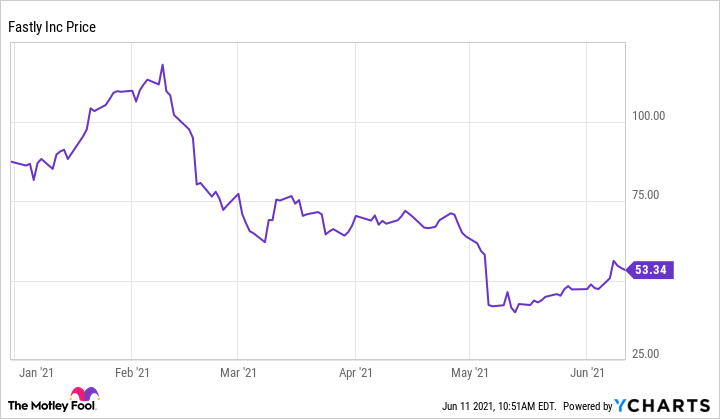 Additionally, the company's price-to-sales (P/S) ratio had also surpassed 40 early in the year. Today, that sales multiple has fallen to about 18. This does not compare to pre-pandemic levels when it often traded below 10 times sales. Nonetheless, the stock has become considerably more attractive from a valuation standpoint.

Fears of a slowdown have not stopped Fastly's growth. In the first quarter of 2021, revenue surged 35% versus year-ago levels to almost $85 million. However, the company's net loss of just under $51 million came in well above the $12 million net loss reported in the same quarter last year. The losses increased as operating expenses more than doubled over the same period.

The revenue increases lag 2020 levels. For that year, Fastly reported 45% year-over-year revenue growth as it brought in $291 million. The $96 million net loss in 2020 came in well above the $52 million loss of 2019. Nonetheless, while the yearly loss increased by 85% during that time, it was not as large of an increase as the 322% spike in losses in the most recent quarter.

Unlike many tech stocks, Fastly published a full-year 2021 forecast, and it offers some reason for optimism. Revenue of $380 million to $390 million would translate into a revenue increase of at least 31%. This indicates that the rate of revenue increases may not slow much further. Also, a forecasted operating loss of between $50 million and $40 million for 2021 would cut that loss by more than half compared to 2020 levels. The lower operating losses could also indicate that the company has a plan to reduce the increase in operating expenses.

Fastly continues to stand out above other content delivery network (CDN) providers such as Akamai and Cloudflare. It bills itself as the "platform built for all of your builders." Hence, not only does it provide the infrastructure for edge computing, but it also allows for developer control, giving customers the flexibility to set and configure systems according to their needs.

Is Fastly worth considering?

The stock's behavior amid a major outage may point to a comeback for Fastly. Admittedly, the edge computing stock had experienced a meaningful pullback recently. Also, the outage points to a vulnerability, and investors may stop buying if a similar service interruption occurs again soon.

Nonetheless, Q1 revenue levels and the 2021 forecasts indicate that the previously reported slowing may be leveling off and perhaps even reversing. Moreover, Fastly's P/S ratio has fallen to less than half the levels seen early in the year. Hence, both the financials and the stock's behavior indicate a comeback in Fastly stock may have already begun.