The big gain appears to be a sympathy move related to positive news for another drugmaker.

Shares of Opthea (OPT -1.06%) were skyrocketing 18% as of 3:22 p.m. EDT on Wednesday after jumping as much as 88.7% earlier in the day. The huge gain didn't result from the company's own news. Instead, some investors appear to think that positive safety results from a clinical study announced yesterday by Clearside Biomedical (CLSD -1.83%) could bode well for Opthea.

Both Opthea and Clearside Biomedical are developing experimental drugs that target wet age-related macular degeneration (AMD). Clearside's phase 1/2a safety results reported on Tuesday for CLS-AX indicated that the drug was well tolerated with no drug-related adverse events. 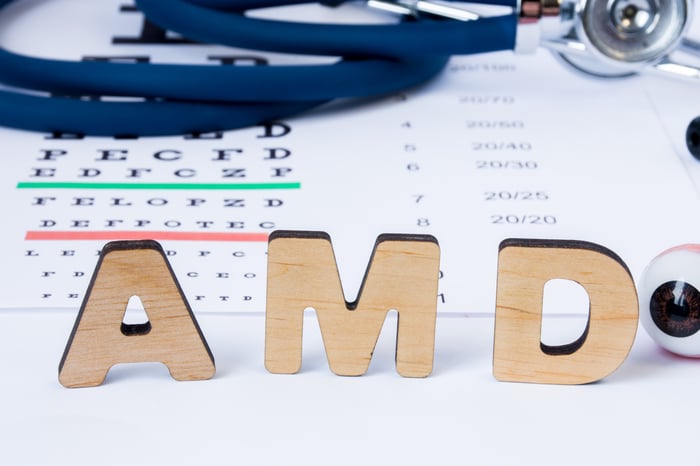 When one stock moves higher on good news for another similar stock, it's called a sympathy play. Such sympathy plays among biotech stocks aren't unusual. However, just because Clearside's safety results were positive for CLX-AX doesn't mean that Opthea will have similar success with its late-stage studies of OPT-302.

Investors will have to wait a while before Opthea has final results from its studies of OPT-302. The drugmaker expects to report top-line data in 2023. It hopes to file for regulatory approvals in the U.S. and in Europe after completing the primary efficacy portion of the late-stage studies, which will last for 12 months.