Please ensure Javascript is enabled for purposes of website accessibility
Log In Help Join The Motley Fool
Free Article Join Over 1 Million Premium Members And Get More In-Depth Stock Guidance and Research
By Dave Kovaleski - Jun 16, 2021 at 7:50AM

Mastercard recently acquired one of Plaidʻs competitors and now has the means to execute on what the DOJ denied to Visa.

It has been an interesting 12 months for fintech company Plaid. Plaid, which develops the technology that allows users to connect their bank accounts to other payment apps like Square, was all set to be acquired by payment processing giant Visa (V 0.34%). But in January of 2021, the merger was called off after the Department of Justice (DOJ) sued Visa to block the merger, saying it would eliminate a competitive threat.

That meant Plaid had to pursue other options. This has led to speculation that Plaid, which was founded in 2013, would go public rather than seek out another partner. To this point, the company had been raising capital and has boosted its valuation to over $13 billion. While nothing is official yet, if Plaid did go public, it would surely be one of the most high-profile IPOs of the year.

While Plaid is a stock worth watching if and when it goes public, you might be better off investing that money in another fintech, Mastercard (MA 0.57%). Here's why. 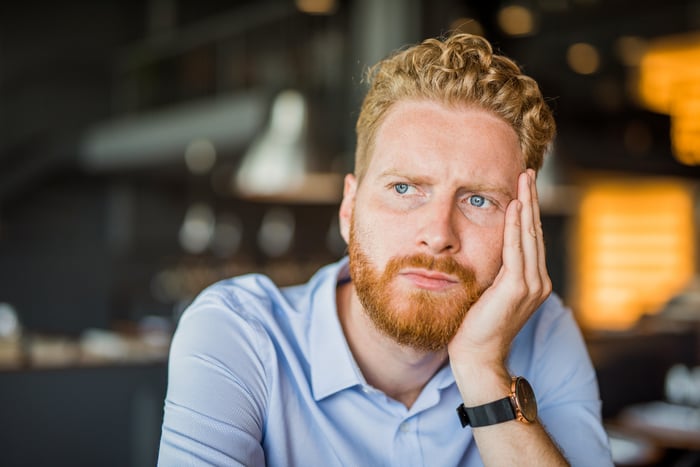 Deal and no deal

Plaid bears watching as one of the leaders in this emerging and competitive space that has been growing in recent years as the digital economy has boomed. With the growth of the digital economy, many competitors have emerged and, as with any burgeoning industry, it will take a few years before we see how it shakes out and who the winners and runnerups are ("losers" is such a harsh term). It is perhaps why Plaid wanted to merge with a larger partner in the first place -- and still may (you never know).

One of those competitors is a company called Finicity, which actually did merge with a bigger partner, Mastercard, last year. Why the DOJ didn't shut this deal down is complicated, but some suggest that it's because Visa is bigger, and if it was a "monopolist" in the eyes of the DOJ, how could Mastercard also be one? (The truth is, it's a duopoly, so it's kind of confusing, but we'll leave that argument for another day.)

So Mastercard has now effectively become a competitor of Plaid, and its Finicity subsidiary now has the capital, infrastructure, and potential reach of Mastercard's huge network. Plus, Mastercard now has the additional capabilities in this area of data networking, which gives it an additional revenue stream and a competitive edge on its rival, Visa.

Mastercard has been an earnings machine

Even without Finicity, Mastercard is a great company. As mentioned, it is part of a duopoly in the payment processing space as one of two major credit card companies, second to Visa. Mastercard has been an earnings machine over the past decade, with an annualized growth rate of about 16%. The stock price has followed, returning about 29% per year over the past 10 years on an annualized basis.

It has a simple and effective business model in that it generates revenue from fees paid on every transaction made using its cards. Thatʻs pretty much it -- it doesnʻt lend money, like banks, so it has no credit risk. It has relatively little overhead because there is no product to manufacture. That gives it huge margins and lots of cash flow to invest in new technologies. With its massive network, established over decades, and its duopoly, Mastercard has the kind of moat most companies dream about.

With a gradual and continuing shift away from cash toward contactless and digital payments, Mastercard stands to benefit from this trend over the next decade or more. Clearly, the way people spend and send money is changing with the growth of blockchain technologies and cryptocurrencies, but Mastercard is adapting, now accepting some cryptocurrencies on its network.

Where payments go exactly, over the next 10 or 20 years, is impossible to know, but it is a pretty good bet that Mastercard will continue to be a major player in this booming business for years to come.

So while you could wait for that Plaid IPO and jump on that opportunity, a pretty good opportunity is available right now in Mastercard.