Investors were pretty happy with the result: As of 12:45 p.m. EDT, 23andMe stock is up 9.6% from where its SPAC closed trading last night. 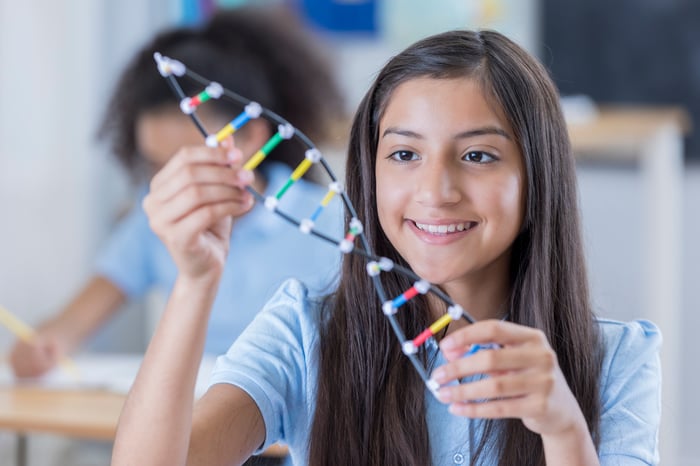 When first announced back in February, VG Acquisition and 23andMe had posited that their combination would give rise to a company with an implied enterprise value of $3.5 billion. With the merger and IPO so new, however, financial data providers don't yet have their data updated to show us whether that proved out.

(Tune back in a few days from now, and by then we may know more.)

What we do know is this: In its most recent financial report, 23andMe reported trailing-12-month sales of $306 million, down 31% year over year. The company earned no profit -- losing $251 million instead, a loss 36% worse than in the previous year. And it says investors can expect 23andMe "to continue to incur significant expenses and operating losses for the foreseeable future," reports Yahoo! Finance.

Whether 23andMe evolves into a profitable business in the un-foreseeable future remains to be, er, seen. But for the time being, the stock remains speculative, and you can expect its share price to wobble accordingly, first zooming on positive sentiment about its chances, only to plunge at the first hint of negative news.

Is 23andMe a Buy Before Its SPAC Merger Is Done?

Here's Why I Bought Shares of This Genetics Company

Here's the Scoop on the Biggest Healthcare SPAC Deal So Far