Yesterday, Morgan Stanley analyst Stephen Byrd pounded the table for Sunrun's stock. He reiterated his overweight rating for the residential solar developer and lifted his share price forecast from $86 to $91. "We view Sunrun as the most compelling clean energy stock we cover," Byrd said.

If he's correct, Byrd's new estimate would equate to returns of approximately 75% for investors, based on the stock's current price near $52. 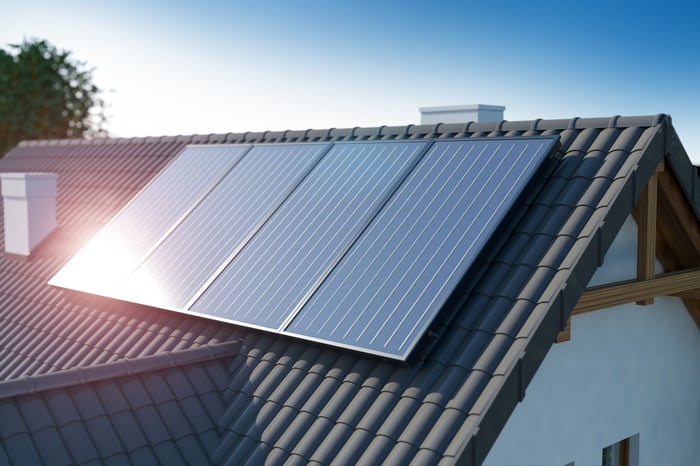 Byrd highlighted multiple trends that could help to propel Sunrun's revenue and profit growth, including:

Solar accounted for more than half of all new electricity-generating capacity added in the U.S. in the first quarter, according to The Solar Energy Industries Association. That's likely to remain the case, as technological advances are expected to continue to drive solar power prices lower over time. The growth of the EV market should also boost demand for solar energy, as more EV owners install rooftop solar panels on their homes to help charge their vehicles.

As a leader in residential solar, Sunrun is particularly well-positioned to profit from these long-term trends.