The FDA didn't deliver the approval decision investors were expecting.

Shares of Orphazyme (ORPH), a clinical-stage biopharmaceutical company, are getting hammered after the Food and Drug Administration (FDA) refused to approve an application for the company's lead candidate. Investors are now uncertain when the biotech could have an approved product to sell, and pushed the stock 44.4% lower as of 12:12 p.m. EDT on Friday.

The FDA began reviewing an application for Orphazyme's lead candidate arimoclomol last September as a potential treatment for a rare but life-threatening disease called Neimann-Pick Disease Type-C (NPC). Earlier this month, shares of Orphazyme shot up more than 200% in anticipation of a green light that never came. 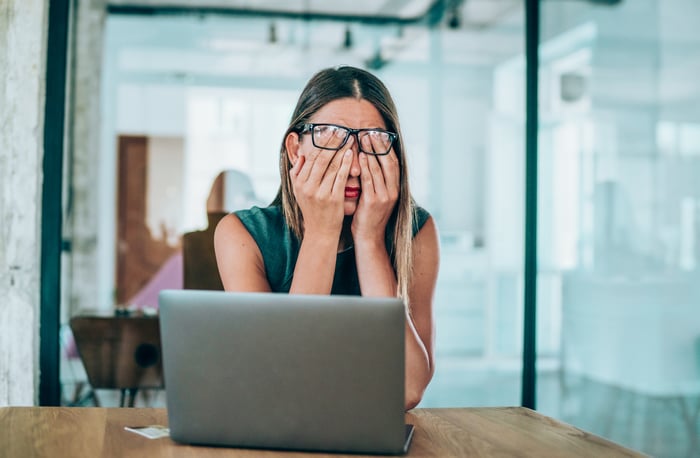 Instead of an approval decision for arimoclomol, the agency asked for more information in the form of a complete response letter (CRL). That came as a shock to heaps of investors who were new to the complex world of drug development and were expecting a massive short squeeze.

Many institutional investors were betting against Orphazyme because its lead candidate failed to achieve the primary endpoint in the pivotal study underpinning the application. Arimoclomol also failed to improve patients' scores on a secondary endpoint specifically requested by the FDA.

According to Orphazyme, the company needs to further substantiate the validity of the primary endpoint that arimoclomol almost achieved. To satisfy the FDA, the company will most likely have to run a new pivotal study.

Some shareholders remain hopeful that the European Medicines Agency will be less strict than the FDA. While the FDA's European colleague has been more lenient regarding treatments for rare diseases in the past, arimoclomol probably isn't moving forward until it produces some convincing clinical-trial results.

Despite lacking a clear path forward, the Denmark-headquartered company still boasts a fairly large market cap in excess of $500 million at recent prices. Irrational expectations could keep it elevated, but this is way too high for any clinical-stage biotech in Orphazyme's position.