Please ensure Javascript is enabled for purposes of website accessibility
Log In Help Join The Motley Fool
Free Article Join Over 1 Million Premium Members And Get More In-Depth Stock Guidance and Research
By Jeff Little - Jun 20, 2021 at 5:11AM

Delays in FDA approval for Incyte could spell good news for Sanofi.

The race is on among pharmaceutical companies to obtain approval from the U.S. Food and Drug Administration (FDA) for new products serving the atopic dermatitis (AD, otherwise known as severe and chronic eczema) market. One of those companies, Incyte (INCY -0.36%), is coming off successful phase 3 trials of its ruxolitinib cream, but is now facing challenges brought on by delays in FDA approval.

The company anticipated a ruling from the FDA in June of this year, but that has since been backed up until Sept. 21. This makes for the second FDA delay involving a drug from Incyte. In April, its collaborative effort with Eli Lilly, olumiant, also received a delay for approval in use as an AD treatment, with news now expected in late summer. 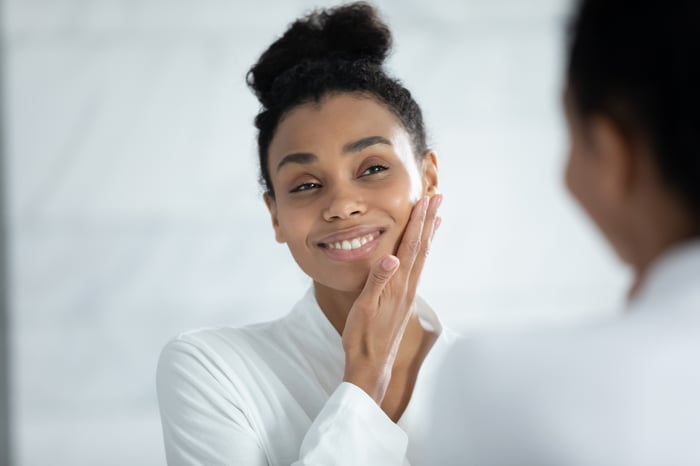 Concerns about side effects

This most recent delay is not necessarily Incyte's fault. The FDA has recently placed increased focus on the potential side effects of JAK inhibitors such as ruxolitinib, which belong to a family of treatments called DMARDs (disease-modifying antirheumatic drugs). JAK inhibitors are used to help reduce inflammation by limiting an overactive immune system, but a weakened immune system can have serious side effects -- such as cancerous tumors, anemia, tuberculosis, and shingles.

As a result of all this, go-to-market dates for JAK inhibitor-based products from Incyte, Eli Lilly (olumiant), Pfizer (abrocitinib), and AbbVie (rinvoq) as treatments for ADcould all be affected. That, in turn, could provide an excellent opportunity for market-leading Dupixent, the already approved AD cream from Sanofi (SNY -0.86%) and Regeneron (REGN -1.34%), to potentially lengthen its lead over the competition.

The key difference for Dupixent in avoiding FDA safety scrutiny is that it is not a JAK inhibitor. Dupixent is an IL-4 and IL-13 inhibitor, and it does not have the safety risks associated with JAK inhibitors.

Dupixent, offered as both a cream for AD and an injectable for asthma, was responsible for more than $1.25 billion for Sanofi during the first quarter. That marked a 45% quarterly gain year over year, including a 16% gain in prescriptions new to the brand. The company stated during its first-quarter results that high demand was generated from the AD market in adults, adolescents, and children ages 6-11. This is an important takeaway, because AD is common in children, at a rate of 10.7% in the U.S., with 33% of those being considered moderate to severe cases.

On top of those strong first-quarter results and competitor delays, Sanofi is making the most of the FDA delays of competitors' products in an attempt to pull away from the pack. According to data from real-time TV ad tracker iSpot.tv, Dupixent took over the top spot in pharma TV ad spending during the month of May. During the month, Sanofi and Regeneron spent $24 million on 10 spots, up from $20 million in April. Of the 10 ad spots, six were dedicated to AD, while four were focused on asthma.

The atopic dermatitis market comprises an estimated 18 million people, and a total of 31 million have some form of eczema. There are treatments such as Dupixent, but currently no known cure. As Dupixent continues its reign, and competitors await FDA rulings, there is a potential $34 billion market value to be had by 2026, based on an estimated compound annual growth rate between 7.8% to 10.4%.

Right now it looks as though the collaboration between Sanofi and Regeneron is on its way to victory in this space, and the AD market could be a gold mine in the near future. However, if favorable FDA rulings come through in the third quarter, the AD cream space could become crowded quickly. If Incyte gets good news and is the first to market with its product, I would consider a small investment, but not before then. If the FDA denies approvals or requires additional support data, Sanofi might be the smarter play.