Please ensure Javascript is enabled for purposes of website accessibility
Log In Help Join The Motley Fool
Free Article Join Over 1 Million Premium Members And Get More In-Depth Stock Guidance and Research
By Howard Smith - Jun 22, 2021 at 10:51AM

The company took the opportunity to add capital while shares of the meme stock remain elevated.

Original meme stock GameStop (GME 7.45%) continues to be popular on social media, with many retail traders holding firm to their belief in the company. GameStop shares jumped Tuesday morning after the company announced it has raised additional capital. As of 10:35 a.m. EDT, GameStop shares are up about 10%.

GameStop announced it has completed a previously announced sale of shares that it said has raised over $1.1 billion. The company sold all the 5 million shares for which it was authorized at an average share price of $225.20. GameStop shares closed Monday's session at just over $200 per share. 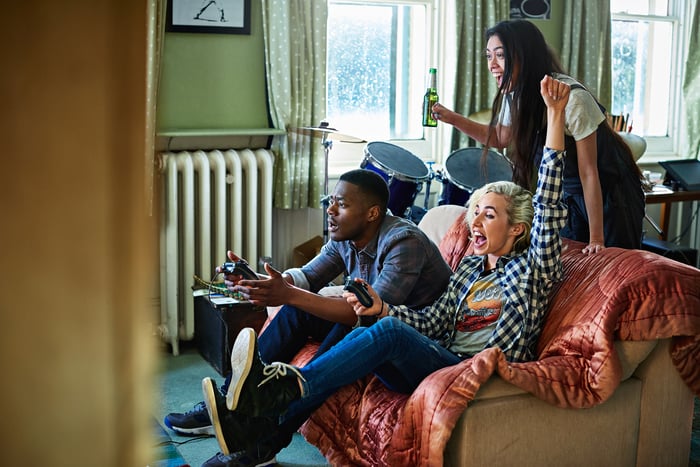 GameStop is in the midst of attempting to transition its business to focus on digital sales and customer growth. The efforts are being guided by Ryan Cohen, co-founder and former CEO of e-commerce company Chewy (CHWY 6.32%). GameStop said the new capital will partially be used for "investing in growth initiatives and maintaining a strong balance sheet."

For its fiscal first quarter (ended May 1, 2021), though sales grew 25% year over year, GameStop still reported a net loss of almost $67 million. As it remakes itself, the company has brought in executives from Amazon (AMZN -1.53%) to become its new CEO and CFO.

The company wants to add to its existing digital expertise, and said in a statement that it "is continuing to actively pursue senior talent with gaming, retail and technology experience." The additional capital on its balance sheet should help aid its business strategy. That is what the group of retail investors were hoping for when the stock became a Reddit favorite, and GameStop took advantage of it today with the announcement of the recently raised capital.