Investors shouldn't put too much faith in Wall Street's estimates for these companies. All three face unpredictable regulatory challenges.

Many of China's top online education stocks soared last year as more students attended online classes during the pandemic. However, most of those stocks crashed this year due to three main challenges. 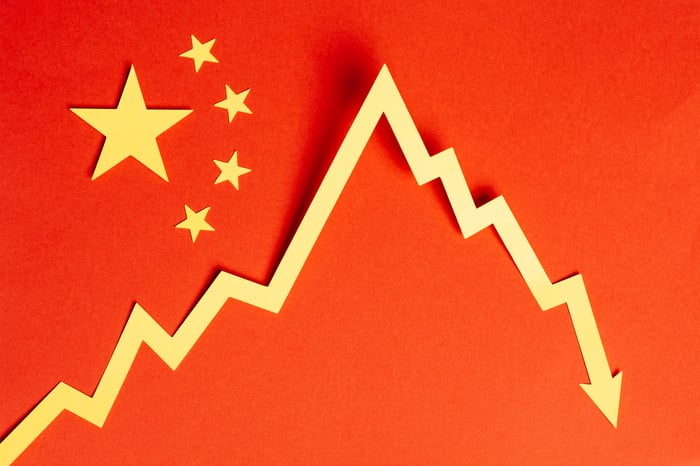 New Oriental Education was founded 28 years ago, making it one of China's oldest education companies. It was also the first Chinese education company to go public in the U.S. back in 2006, and remains one of the top players in terms of students and revenue. New Oriental operates language schools, learning centers, and bookstores. Most of its revenue comes from its K-12 tutoring services, and it expanded into online education services over the past six years.

New Oriental's top-line growth looks decent. Its revenue rose 10% year over year in the first nine months of fiscal 2021, while its total student enrollments increased 18% to 9.44 million. But its adjusted net income slipped 4%, mainly due to rising marketing expenses and promotional offers.

It expects its revenue to rise about 17% for the full year, while analysts predict its adjusted earnings will drop 3%. But next year analysts expect its revenue and earnings to grow 33% and 52%, respectively, as even more students sign up in a post-pandemic world.

Unfortunately, those estimates are now unreliable due to the brewing regulatory challenges. It's the best house in a bad neighborhood, but it still can't be considered a bargain at 18 times forward earnings.

TAL was founded nearly 18 years ago and went public in the U.S. in 2010. It also mainly provides after-school tutoring services for K-12 students.

TAL's revenue increased 37% in fiscal 2021, which ended this February, and its adjusted net income surged more than 11 times year over year. But unlike New Oriental, which is consistently profitable, TAL remains unprofitable on a GAAP basis, and its net loss actually widened last year.

TAL's average number of quarterly student enrollments for "normal-priced" long-term courses rose 54% to 4.67 million for the full year. That growth, which excludes its promotional offers, was mainly driven by robust demand for its online learning services.

Analysts expect TAL's revenue to increase 37% this year, and for its adjusted earnings to rise nearly fivefold. Those are impressive growth rates for a stock that trades at just 16 times forward earnings -- but the regulatory headwinds are still too daunting to ignore.

Furthermore, short sellers previously accused TAL of posting fraudulent real estate transactions to inflate its pre-tax profits. TAL repeatedly rejected those claims, but the claims could still reemerge and ignite fresh short-seller attacks against the company as regulators continue to strangle the sector.

Gaotu Techedu, formerly known as GSX Techedu, was also a popular target for short sellers, who claimed it inflated its student and revenue figures. Those accusations sparked an SEC probe against the company last October.

But at the same time, Gaotu remained a popular growth stock for institutional investors like Archegos Capital. Gaotu initially resisted the short sellers' attacks, but the collapse of Archegos Capital in late March torpedoed the stock. That sell-off, along with the regulatory challenges and the market's distaste for Chinese tech stocks, caused Gaotu's stock price to tumble nearly 75% this year.

By comparison, share prices of New Oriental and TAL have declined roughly 60% and 70%, respectively, since the beginning of the year.

Gaotu was founded just seven years ago and went public in the U.S. in 2019. Unlike its older peers, it was built from the ground up as an online education company. It generates most of its billings from its K-12 students, but it also provides other online educational services for older students and adults.

Gaotu's revenue soared 237% in fiscal 2020, but it ended the year with a net loss. Rising infrastructure costs, promotions, and stiff competition all weighed down its bottom line.

Analysts expect its revenue to rise 52% this year with a wider loss. Once again, Gaotu's stock might seem cheap at two times this year's sales -- but it probably won't attract any value-seeking investors.

Bulls vs. Bears: Who's Right About GSX Techedu's Stock?