Please ensure Javascript is enabled for purposes of website accessibility
Log In Help Join The Motley Fool
Free Article Join Over 1 Million Premium Members And Get More In-Depth Stock Guidance and Research
By Leo Sun – Jun 23, 2021 at 7:52AM

Tremor International (TRMR 3.04%) (TRMR -3.86%), an Israeli ad tech company that was founded 14 years ago, went public on the Nasdaq Stock Exchange last Friday. The stock is already listed on the London Stock Exchange.

Tremor priced its new ADR shares, which each represent two of its ordinary shares, at $19. Based on its closing price in London a week earlier, it expected its U.S. shares to open at around $22.

But after opening at $19 on the first day, Tremor's stock fell to about $16 before closing at $18. It remains below its offering price as of this writing. Tremor's London-listed shares, which had rallied ahead of the IPO, sank after that dismal debut.

Let's see why Tremor failed to impress investors, and if its "busted IPO" represents a buying opportunity. 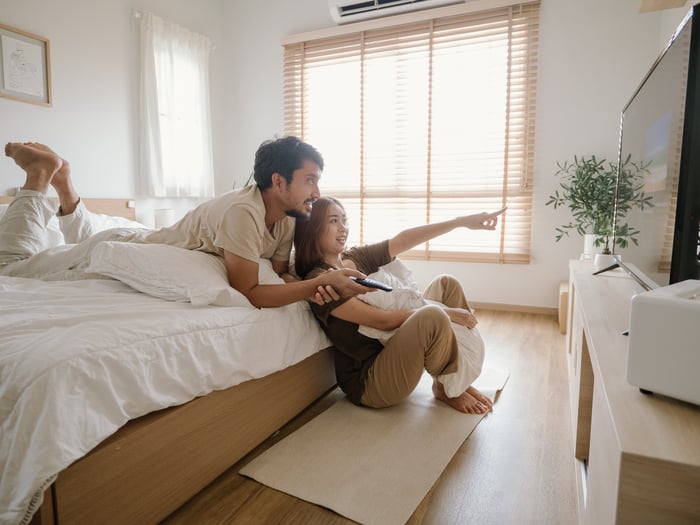 What does Tremor do?

These platforms are usually offered separately. SSPs enable publishers and digital media owners to manage and sell their ad inventories. DSPs let advertisers and media buyers bid on those ad inventories in real time, while DMPs help both SSPs and DSPs store and analyze their data.

Magnite (MGNI -2.76%) is the world's largest independent SSP, while The Trade Desk (TTD -0.43%) is the largest independent DSP. But both of these market leaders remain on their ends of the advertising supply chain instead of providing an end-to-end solution like Tremor.

Therefore, Tremor resembles a more compact version of Alphabet's (GOOG -0.36%) (GOOGL -0.58%) Google, which provides SSP, DSP, and DMP services across its advertising and cloud ecosystem. Tremor says its platform can be integrated with leading DSPs like The Trade Desk and Google DV360, so it can actually complement those services instead of directly competing against them.

Tremor claims offering an end-to-end solution minimizes the "loss of scale" that can occur when "two independent platforms" -- such as Magnite and The Trade Desk -- synchronize their users with each other. Like Magnite and The Trade Desk, Tremor cites video ads -- especially those on connected-TV (CTV) devices -- as a major long-term tailwind. It generated 68% of its total revenue from video ads last year.

How fast is Tremor growing?

The DSP side of its business serves more than 1,200 brands, including McDonald's and Sony, and over 400 ad agencies. The SSP side serves about 1,450 media publishers, including News Corp.'s Wall Street Journal and ViacomCBS. News Corp. is notably one of Tremor's top investors.

Tremor's reported revenue declined 35% to $211.9 million in 2020. However, it notes its revenue for the past two years is "not directly comparable" due to an accounting change that occurred after its acquisition of the video adverting platform Unruly from News Corp. in 2020.

Tremor's total comprehensive income fell 22% to $5 million for the year, while its adjusted EBITDA rose less than 1% to $60.5 million.

That growth, which is no longer overshadowed by the two-year accounting shift, indicates Tremor's core business is still strong. Analysts expect its revenue to rise 34% this year, and for its pro forma earnings to jump from less than a penny per share in 2020 to $0.22 per share.

Based on those estimates, Tremor trades at four times this year's sales and just over 80 times forward earnings. Here's how those numbers measure up to Magnite and The Trade Desk's valuations:

In terms of sales, Tremor is actually cheaper than Magnite and The Trade Desk. Its P/E ratio seems high, but it could contract quickly as its newfound profit growth stabilizes.

Tremor faces similar near-term challenges as both companies. Apple and Google's latest privacy changes could curb their ad sales across mobile devices, and they all face plenty of ad tech competitors.

But all three companies could still profit from the long-term growth of the CTV market. Moreover, Tremor's end-to-end platform could attract clients that prefer a "one-stop-shop" for video ads and analytics to an independent SSP or DSP platform like Magnite or The Trade Desk.

Is Tremor worth buying?

Tremor likely didn't attract many investors due to its confusing accounting changes, concerns about privacy changes on iOS and Android, and the general weakness in growth stocks. But I think investors who tune out that near-term noise and buy some shares below its IPO price could be well rewarded.