A month-long slide continued today, along with other cryptocurrencies.

The price of popular cryptocurrency Ether (ETH -7.47%) has been dropping for the last month, and continued to do so today. The digital currency's value has dropped 30% over the last month, and almost 20% in just the last week. Today, Ether ended the market trading day more than 3% lower.

Of course the price drop also comes after cryptocurrencies as a group have soared in the last year. Ether is up 740% in the last 12 months and has still gained 170% year to date despite the recent swoon. Ether, along with its Ethereum platform where the cryptocurrency resides, is often lumped in with other well-known digital currencies like Bitcoin (BTC -1.17%) and Dogecoin (DOGE -6.22%). And some recent news has impacted the cryptocurrency world in general. 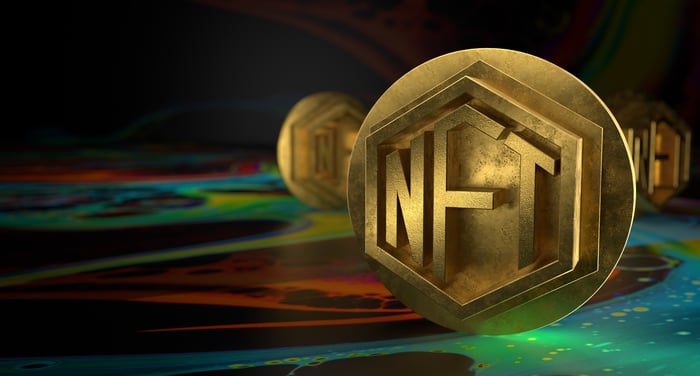 When China's government started cracking down on cryptocurrency mining recently, traders and investors took notice and started hitting the prices of all digital currencies. Presumably in a bid to rid the country of what the communist leadership can't control, Chinese authorities have eliminated about 90% of cryptocurrency mining capacity in the country, according to several reports.

Some might think this could affect the use-case for cryptocurrencies, and it likely explains the downward trend seen in prices, including Ether's. But some believe Ethereum stands out among its peers, thanks to the Ethereum blockchain platform. Many nonfungible tokens (NFTs) are part of the Ethereum blockchain, and speculative investors along with some notable names in entertainment have been driving the popularity of NFTs.

Investing in cryptocurrencies isn't for everyone, and a daily move of 3% doesn't really budge the needle in these volatile assets. But some think Ethereum stands out and are looking forward to the rollout of Ethereum 2.0, which may make the recent drop a time to consider a speculative investment in the cryptocurrency.

Why Ethereum, Dogecoin, and The Sandbox Are Recovering Nicely Today