Please ensure Javascript is enabled for purposes of website accessibility
Log In Help Join The Motley Fool
Free Article Join Over 1 Million Premium Members And Get More In-Depth Stock Guidance and Research
By Chris Neiger, Danny Vena, and Brian Withers - Jun 27, 2021 at 8:30AM

Following Wood's lead and buying these stocks could turn out to be a very good investment decision.

ARK Invest CEO Cathie Wood has garnered a lot of attention recently as her company's exchange-traded funds (ETFs) have put up impressive returns.

And investors looking for some of Wood's top picks to add to their own portfolios would be smart to take a closer look at a few tech companies she snatched up as their share prices dropped recently. These include Unity Software (U 1.19%), JD.com (JD -2.99%), and Roblox (RBLX -3.17%). Here's why three Motley Fool contributors think investors should consider buying these stocks now. 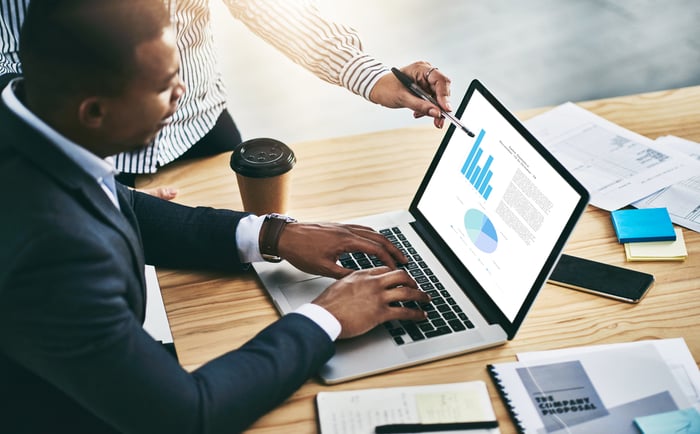 Danny Vena (Unity Software): One stock Cathie Wood has been buying hand over fist in recent weeks is Unity Software. Wood has added to already substantial positions in four of ARK's six flagship ETFs, making Unity a top 10 position in three of them. All told, the four funds own more than 10.6 million shares of the stock, worth more than $1.2 billion.

It's easy to see why Wood is so enthusiastic about Unity Software. The company provides the world's leading platform for creating and operating interactive, real-time 3D content. It offers a comprehensive set of tools and software that help developers create 2D and 3D content for mobile phones, tablets, PCs, and consoles, as well as augmented reality and virtual reality devices.

Unity has unrivaled scale and reach. In fact, 53% of the top 1,000 mobile games on Apple's App Store and Alphabet's Google Play store -- as well as over 50% of mobile games, PC games, and console games combined -- are made using Unity's platform. The company boasts 1.5 million monthly active creators in 190 countries, who account for more than 3 billion app downloads per month.

What attracts developers to Unity is the ability to see and modify their creations in real time. This results in a significant decrease in design and development time, making developers more productive. It also helps them react and adapt their games and apps to end-user feedback, again in real time. Games built on Unity's platform can be created once and instantly deployed across more than 20 popular platforms, including Microsoft Windows and Xbox, Sony PlayStation, Mac, iOS, and Android, among others.

Unity's full-year revenue for 2020 increased 43% year over year to $772 million. That strong growth continued into the first quarter, with revenue of $235 million up 41%. Like many early stage, high-growth companies, Unity is awash in red ink, but the news isn't all bad. Adjusting for one-time IPO-related charges, its 2020 operating loss improved by 45%.

Wood has other reasons for investing heavily in Unity Software. In ARK Invest's Big Ideas for 2021 report, she pointed out that revenue from virtual worlds -- which include video games, augmented reality, and virtual reality -- is expected to grow at 17% annually over the next several years, from $180 billion today to $390 billion by 2025. With its unique position in a large and growing ecosystem, Unity could be one of the biggest beneficiaries of this accelerating trend.

Lastly, Unity Software's stock is currently available at a bargain basement price, selling for 31% off its recent highs. 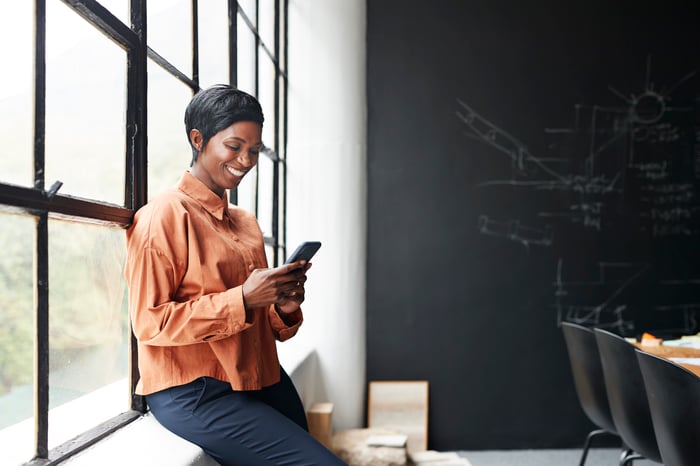 Maybe it's time to get in on this e-commerce leader

Brian Withers (JD): JD.com seems to be a Cathie Wood favorite. Not surprisingly, it's the second-largest holding in the ARK Autonomous Technology & Robotics ETF, as the leading Chinese retailer depends on robotics technology for warehousing functions and even last-mile delivery. But this technology-first company is also a holding in three other ARK ETFs. Let's look at why Wood has added more shares in the last several weeks.

First, the stock is down more than 30% off its high, and not because the business is doing poorly. In fact, the company just put up stellar first-quarter results. Second, the ARK funds have owned shares of JD since mid-2017, and in the first quarter, the funds more than doubled the share count over the quarter. It's likely these buys over the course of this year and the recent purchases show that they are excited about the company's performance, long-term prospects, and valuation.

Let's look at its most recent quarter. Not surprisingly, the top line decreased sequentially from the holiday quarter, but managed to beat analysts' expectations and post a 39% year-over-year increase. The company income from operations remains in the black, but still runs thin margins as it is investing profits into growth efforts. Lastly and probably most exciting to investors is that the platform continues to attract customers at a rapid pace, even with hundreds of millions already on the platform.

Looking ahead, the company is deepening its reach into rural China. Over the past 12 months, more than 80% of its 112 million new active customers have come from lower-tier markets. And the company is expanding its footprint to better serve those regions. With its more than 1,000 warehouses across the region, its logistics team can now reach almost the entire country with rapid delivery services. Lastly, it's newly formed business group, Jingxi, is set up to serve price-sensitive customers in lower-tier regions. In its first quarter of operation, Jingxi served 17 provinces with its e-commerce operations.

There's lots to like about this leading Chinese e-commerce retailer's business, especially with its stock trading at reasonable valuations. Compared to Sea Limited's lofty price-to-sales ratio of 25 and MercadoLibre's 16, JD shares are valued at a 1 P/S ratio. Additionally, it has a P/E ratio of a cool 15, whereas its Latin American and Southeast Asian counterparts don't have earnings to record a P/E ratio.

It's no wonder that the Cathie Wood and the ARK investment team are adding to their position with the shares at a discount to its recent high. Maybe it's time you did the same? 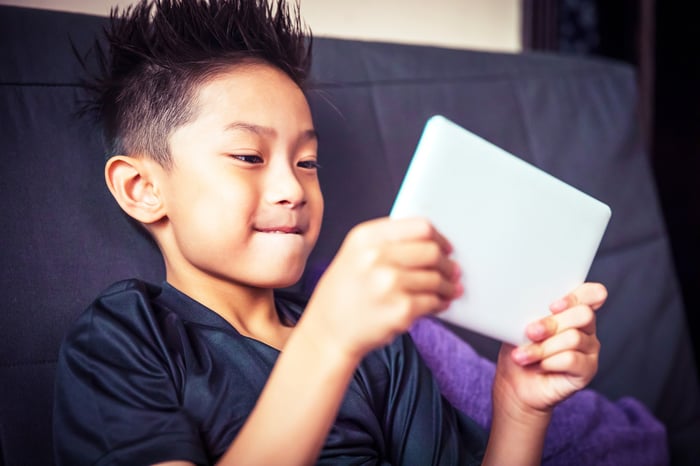 This video game stock is anything but child's play

Chris Neiger (Roblox): Roblox is a popular video game platform that not only allows users to play games but also to create their own games -- and it's been a massive success so far.

Cathie Wood has taken notice of the company as well and bought more shares of Roblox just last week. The stock is down about 4% over the past 30 days, which might have spurred Wood's funds to add to their Roblox position.

And investors may be wise to follow in Wood's footsteps. Roblox has created a video game platform unlike anything its competitors have, and is adding new players and increasing platform engagement at a healthy clip.

In the most recent quarter, sales spiked 140% from the year-ago quarter, and its users spent 9.8 billion hours engaged with the platform, an increase of 98% year over year.

Investors should know that this company isn't profitable (it posted a loss of $134 million in the most recent quarter), and it just went public back in March. Both of these factors mean that the share price could be volatile in the short term as the company continues to grow.

But the long-term potential for this company is firmly intact. Roblox is tapping into the fast-growing video game market that's estimated to increase from $157 billion last year to $293 billion by 2027.

And with the company's impressive user base, its growing number of developers, and its unique position of allowing its own users to create games for the platform, investors may want to follow Wood's lead on this one and pick up some shares for their own portfolio.

Unity Software Has a Choice to Make: AppLovin or ironSource

Buy These 2 Growth Stocks on the Dip

Down 73%, Should Investors Buy Unity Software to Capitalize on the Metaverse?