Please ensure Javascript is enabled for purposes of website accessibility
Log In Help Join The Motley Fool
Free Article Join Over 1 Million Premium Members And Get More In-Depth Stock Guidance and Research
By Leo Sun - Jun 29, 2021 at 6:20AM

Investors' turn from growth to value stocks amid inflation fears and a focus on reopening plays this year, regulatory headwinds for Chinese stocks in both China and the U.S., and the previous failures of other small Chinese e-commerce companies all cast a dark cloud over Onion's IPO. A disappointing earnings report earlier this month exacerbated that pressure.

But at its current market cap of a meager $340 million, Onion trades at less than one times last year's sales. Are investors too skeptical about Onion's prospects, or should they continue to avoid this busted IPO? 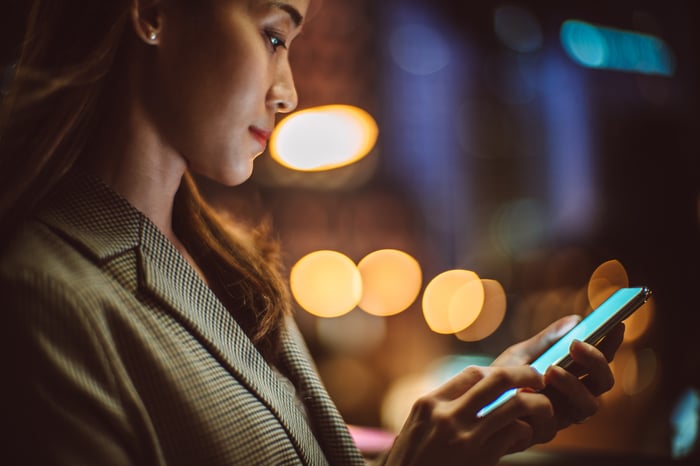 What does Onion do?

Onion dubs itself a "next-generation lifestyle brand platform that incubates, markets and distributes the world's fresh, fashionable and future brands to young people in China and across Asia." Onion's online platform hosted over 4,000 brands as of the end of 2020. It directly works with 86 brand partners and sells 21 private-label brands. It relies on an army of over half a million active social media influencers -- which it calls KOCs (key opinion consumers) -- to draw shoppers to its platform.

It operates two first-party marketplaces: O'Mall and CosyFans. O'Mall, which generates most of its revenue, sells lifestyle products and household goods. It's available as both a stand-alone app and a Mini Program within Tencent's WeChat -- China's largest mobile messaging platform with 1.24 billion monthly active users. The platform is heavily integrated with KOC-submitted videos, and it encourages users to become KOCs themselves to earn incentives through product recommendations.

CosyFans, which was initially launched in Malaysia, is a smaller platform that sells products from Onion's brand partners, third-party suppliers, and private label brands outside of China. Onion also sells some of its inventories to third-party retailers, and it opened two brick-and-mortar stores -- one in China and another in Japan -- last year.

How fast is Onion growing?

Onion's revenue rose 34% to 3.81 billion yuan ($584 million) in 2020, and its total number of orders increased 53% to 15.8 million. Its net income more than doubled to 208 million yuan ($32 million), thanks to its ongoing reduction of fulfillment expenses over the past two years.

It attributed those declines to three main challenges. First, it sold fewer cleaning products after the pandemic ended in China. Second, it struggled to sell more household essentials because consumers stockpiled too many of those products in the earlier days of the pandemic. Lastly, its cross-border sales fell as Chinese shoppers traveled overseas again to make "surrogate purchases" for domestic buyers who were willing to pay markups. Travel-related disruptions to that practice during the pandemic had generated tailwinds for Onion's cross-border business.

The company didn't offer any guidance for the rest of the year, but those headwinds will likely persist over the next few quarters.

Onion's problems are easy to see

As we peel away the layers of Onion's business, we'll spot some significant problems. Onion is much smaller than Alibaba (BABA -0.60%) and JD.com (JD 1.63%), the two largest e-commerce companies in China, but it's already growing at a much slower rate.

Analysts expect Alibaba's revenue to rise 31% this year, and for JD's revenue to grow 27%. Neither company cited similar challenges as Onion in their latest quarters.

Alibaba's marketplaces and JD also fulfill most of their domestic deliveries within 24 hours. It still takes Onion one to four days to fulfill its domestic orders, and about ten days for overseas orders.

Onion's KOC platform resembles a multi-level marketing scheme. Instead of recruiting social media celebrities, it encourages each shopper to become a KOC and earn a cut of each sale they promote by buying an invitation from a higher-ranked KOC called an O'Partner.

KOCs can become O'Partners after gaining enough followers, submitting an application, then paying a whopping one-time fee of 12,000 yuan ($1,856). Each O'Partner can then invite up to 40 other people to become KOCs, collect their invitation fees, then pay additional fees to gain more invitations.

Those lower engagement rates, along with Onion's abrupt slowdown in the first quarter, indicate its business won't last much longer in China's cutthroat e-commerce market. Going public right before it posted those ugly numbers suggests it simply wanted to make a quick buck with its IPO.

Buy Alibaba or JD instead

There's little reason to buy Onion when Alibaba and JD are both profitable, have brighter growth prospects, and trade at reasonable valuations. Like Onion, JD trades at about one times this year's sales -- but it can be more accurately valued with its forward P/E ratio of about 50.

I think Onion is more likely to suffer the same fate as Secoo, Mogu, and other forgotten Chinese e-commerce underdogs which never recovered from their broken IPOs -- instead of outperforming the market leaders over the long haul.