The FDA says "no" to the company's NexoBrid -- for now.

Tuesday was not a good day to be a Vericel (VCEL -8.08%) investor. Discouraging news from a top regulator put investors in sell-off mode, with the stock falling by 14.8% on the day.

In what must have been a painful admission, Vericel announced Tuesday morning that the biotech's development partner MediWound received what amounts to a rejection letter from the FDA. Formally speaking, this was a complete response letter from the regulator, in which it said it could not approve the biologics license application (BLA) for the two companies' NexoBrid in the BLA's current form. 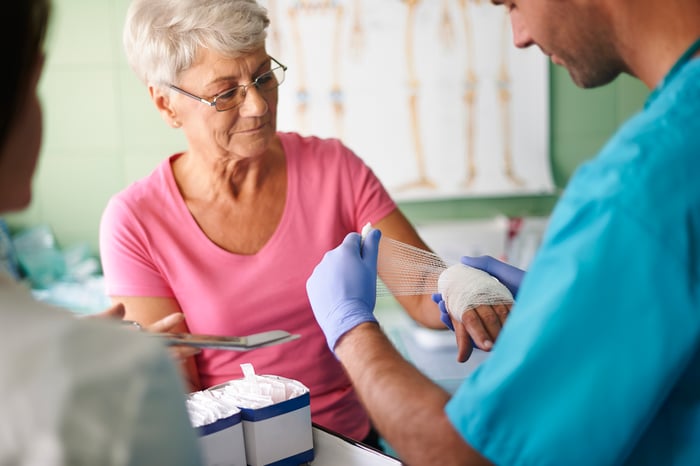 Vericel claimed the FDA's rejection was based on several different factors. These include difficulties with the chemistry, manufacturing, and controls section of the BLA (for which the regulator has requested more information), and a requirement that production facilities be inspected.

Despite the setback, Vericel said, "We are committed to working with MediWound and the FDA on next steps to address the issues identified in the complete response letter in order to obtain the potential approval of NexoBrid and bring this important product to patients as expeditiously as possible."

NexoBrid can indeed be an important product, as it's a therapy that treats the damage from severe burns. Since it has tested very well in late-stage clinical trials, this setback is more due to procedure than the product's efficacy. We can expect Vericel and MediWound to correct the BLA's issues, and hopefully by doing so obtain the regulatory approval they seek.