We're only at the halfway mark of 2021, but it's already been a banner year for stocks. Through June 29, the S&P 500 is up 14.3% year to date, with the Nasdaq and Dow Jones Industrial Average not far behind. The gains have been widespread after a gap between growth stocks and value stocks earlier in the year narrowed.

Not surprisingly, the successful vaccine rollout and the economic reopening have been good news for investors, and even pandemic winners have mostly held their ground in 2021. Some stocks, especially those well-positioned for the reopening, have skyrocketed. Let's look at three names that have already doubled this year and could do so again before 2021 is out. 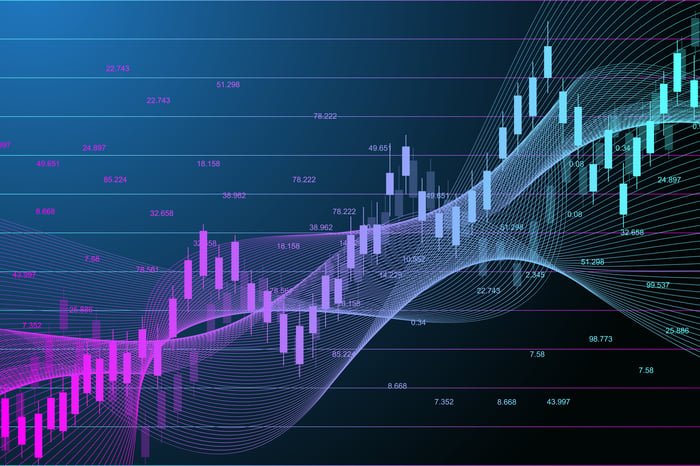 If you're looking for a company poised to capitalize on the reopening, Revolve Group (NYSE:RVLV) looks like a great bet.

The company sells high-end apparel online with an influencer-based marketing strategy targeting Gen Z shoppers and millennials. It generally focuses on occasion wear like dresses, which are its biggest category, and it uses live events to build brand awareness and affinity. With the economic reopening underway and young adults eager to return to social events, clothing sales have spiked and Revolve looks well-positioned to capture some of that spending.

The company blew past expectations in its first quarter, posting revenue growth of 22.5% year over year to $178.9 million, against estimates at $157.7 million, with sales surging toward the end of the quarter. On the earnings call, management noted "substantial acceleration" in March, which was the company's second-highest month for attracting new customers. Sales remained strong in April, up more than 30% from April 2019, and more than double from April 2020, during the height of lockdowns. Keep in mind that that was before most Americans were vaccinated.

Management also demonstrated its financial chops during the pandemic as it successfully controlled inventory and drove a 25% increase in adjusted EBITDA even as revenue fell 3%. With analysts expecting near-flat earnings per share this year, there's still plenty of upside for Revolve if it can capture the wave of pent-up demand that just seems to be starting.

Moderna (NASDAQ:MRNA) has gone from being a little-known biotech to a household name during the pandemic thanks to its success in creating one of two COVID-19 vaccines in wide distribution in the U.S. The stock was a big winner in 2020 as its messenger-RNA (mRNA) vaccine was one of the first to be approved to combat COVID-19. It has cranked higher as Moderna and Pfizer/BioNTech are emerging as the winners in a global vaccine market that should evolve to winner-take-most. That's because countries will want the most effective vaccines they can get, and these increasingly appear to be the mRNA versions.

Moderna, however, looks far from being a one-hit wonder, and its mRNA technology has serious breakthrough potential. CEO Stephane Bancel told Barron's that the company hopes to have a flu vaccine to combine with a COVID-19 booster ready by 2023, and the company is investigating using its vaccines to treat cancer, with phase 2 studies underway on melanoma and ovarian cancer.

Meanwhile, the company is set to reap a bounty of cash flow from its coronavirus vaccine, which will help fund future research. Analysts see it bringing in $18 billion in revenue and close to $10 billion in profits this year, and those forecasts could edge higher as the vaccine gains approval in more countries.

The biotech industry tends to be fluid, and there are plenty of positive catalysts that could boost Moderna's shares even more over the next six months.

Luokung Technology (NASDAQ:LKCO), a Chinese small-cap stock that specializes in digital mapping technology, has already had a roller coaster year. In January, the stock fell as the U.S. Department of Defense added it to its entity list, setting it up to be delisted from U.S. stock exchanges. The company protested the decision, and in February, shares skyrocketed briefly after it announced a partnership with a Chinese electric vehicle (EV) maker and raised tens of millions in cash before crashing on a broader sell-off in Chinese stocks.

Since March, there have been a number of positive catalysts for Luokung. The delisting notice was first suspended and then blocked by a court in May, and in June the Defense Department removed Luokung from the list. The company also said its subsidiary eMapgo won a contract to deliver a "new-generation traffic control network and smart-highway demonstration project" in China.

Luokung's technology includes vehicle-to-road collaboration, a different approach to autonomous vehicles (AVs). Also in June, its HD map standard was approved by the Chinese government, and it signed a contract with a leading auto parts manufacturer and an auto parts supplier.

The company brought in just $18 million in revenue last year, and the stock is certainly risky. But considering investors' appetite for EV and AV stocks, Luokung could run a lot higher if its technology continues to gain acceptance.