Please ensure Javascript is enabled for purposes of website accessibility
Log In Help Join The Motley Fool
Free Article Join Over 1 Million Premium Members And Get More In-Depth Stock Guidance and Research
By Billy Duberstein - Jul 1, 2021 at 5:45AM

Could this be the tipping point for global Bitcoin adoption?

Bitcoin (BTC 0.51%) bears find it difficult to see how Bitcoin might be widely adopted in developed nations. After all, the developed world's modern financial infrastructure is fairly efficient, especially with fintech companies improving the system by the day.

Making things more difficult, Bitcoin is still highly volatile, as this year has shown, and double-digit-percentage daily moves are a regular occurrence. That makes it a dubious store of value or medium of exchange, versus more stable currencies such as the dollar.

Of course, not everyone lives in developed nations, and if you lived in hyperinflationary countries such as Yugoslavia in the early '90s, Zimbabwe in 2007-2008, or even Venezuela or Argentina in more recent years, Bitcoin may actually look like a pretty attractive option.

In that spirit, one developing nation is currently pulling out all the stops to make Bitcoin an alternative legal currency. The most recent step includes giving away $30 in Bitcoin to all adult citizens. 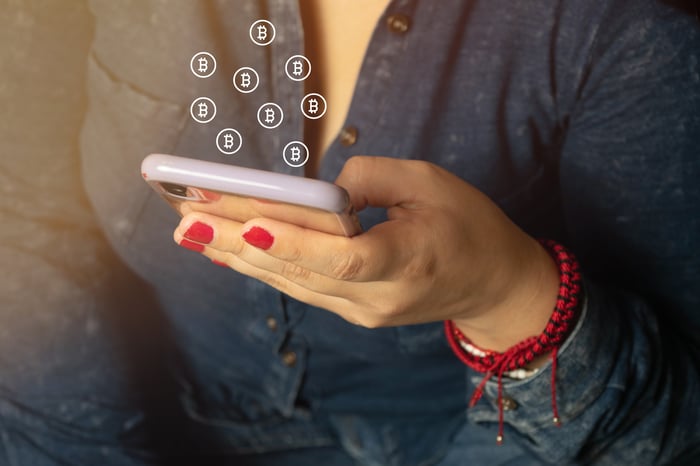 El Salvador is giving away bitcoin to its citizens. Image source: Getty Images.

El Salvador is throwing a Bitcoin party, and everyone's invited

There is, perhaps, no head of state more enthusiastic about Bitcoin than Nayib Bukele, the young and recently elected president of El Salvador. At a recent Bitcoin conference, Bukele said he would push the legislature to make Bitcoin a legal tender in El Salvador. The Salvadoran Congress followed through on the promise shortly thereafter.

Now, Bukele and El Salvadoran officials are taking things a step further, offering every citizen 18 and older $30 in Bitcoin, provided they open accounts with the government's official Bitcoin wallet called Chivo. Salvadorans will be able to transact in both Bitcoin and U.S. dollars through Chivo, once the Bitcoin law is implemented on Sept. 7.

In addition, El Salvador has hired Chicago-based company Athena to roll out 1,500 Bitcoin ATMs throughout the country. "Bitcoin ATMs" are portals where consumers can either buy Bitcoin with dollars or sell them for dollars. This is because only 45% of Salvadorans have internet access and 70% don't even have a bank account. So Bukele is not only establishing an alternative to the dollar, but also building out a more modern financial infrastructure.

Why El Salvador is doing this

It may be surprising that El Salvador is the first country to officially back Bitcoin and encourage its use as an alternative currency, since El Salvador uses the U.S. dollar and not its own currency, which may prove more vulnerable to hyperinflation.

El Salvador officially adopted the dollar in 2001 and phased out its prior currency shortly thereafter. This was because the country had an outsized trade relationship with the United States, which accounted for a majority of its exports.

Furthermore, after years of conflict and civil war in the 1980s and 1990s, many El Salvadorans emigrated to the U.S. Today, there are a huge number of remittances flowing into the country from the U.S. In 2016, remittances from the U.S. made up a whopping 17 percent of El Salvador's entire gross domestic product (GDP).

Fixed-fee crypto remittances have the potential to be faster and cheaper than existing alternatives, which can be costly and time-consuming. Beyond remittances, some local politicians believe the use of the dollar may be a cause of El Salvador's slower economic growth relative to some neighbors. Salvadoran officials may also desire more independence from U.S. influence, in general, since under the dollar, El Salvadoran economic outcomes are at least somewhat affected by the U.S. Federal Reserve and U.S. spending policies, which are out of its control.

Not everyone is on-board with this Bitcoin experiment, of course. The World Bank has declined to help with El Salvador's Bitcoin implementation, and the International Monetary Fund (IMF) has also expressed concern over the program. That's important because El Salvador is in discussions with the IMF about a $1 billion loan program, so this Bitcoin gambit could complicate those talks.

Bulls and bears have a wide divergence of opinion on Bitcoin. Bears believe the cryptocurrency is worthless, but bulls like Cathie Wood believe the alternative currency could be worth up to $500,000 or more.

Whether or not Bitcoin has any value will likely be determined by its utility as a medium of exchange or store of value, and the El Salvador experiment could be a crucial proving ground for those two theoretical criteria. If El Salvador's experiment works, or at least doesn't cause severely adverse outcomes, it could be a big boost for the world's leading cryptocurrency. If the experiment fails, it would be a setback for Bitcoin adoption, and likely, its dollar value.

This summer, Bitcoin investors may want to take their focus off China's recent mining crackdown and focus instead on the relatively small country of El Salvador. The results of its landmark experiment could shape the trajectory of Bitcoin's value and standing in the world in the near to medium term.