Please ensure Javascript is enabled for purposes of website accessibility
Log In Help Join The Motley Fool
Free Article Join Over 1 Million Premium Members And Get More In-Depth Stock Guidance and Research
By Zhiyuan Sun - Jul 8, 2021 at 5:48AM

Don't want to pay too steep a price for high-quality stocks? Look abroad.

The S&P 500 has reached record levels while delivering a mouthwatering 43% return since last July. As spectacular as this rally has been, it has priced out many investors who were late to the game. The index is now trading at a price-to-earnings (P/E) ratio of 46 -- its second most expensive valuation in history (and just below its level from the 2008 financial crisis!).

But that doesn't mean all stocks are expensive. To find great bargains, one could look abroad and into the realm of American Depository Receipts (ADRs). So let's have a look at the top foreign stocks to buy now. 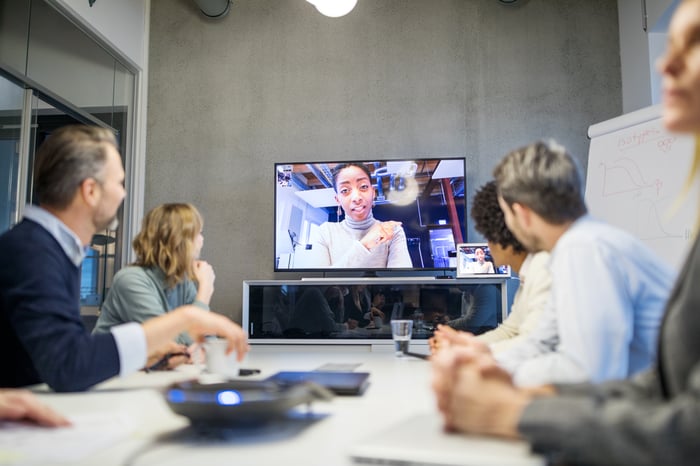 Qiwi (QIWI 9.88%) is a leading payment solutions provider in Russia and much of the former Soviet Union. Apparently (according to the company), opening up a digital wallet on Qiwi is easier than tying one's shoelace -- all one needs is a phone number. There is no identity verification required, and the fees are low, if not zero. The company boasts of having more than 29 million customers and processes more than 128 billion rubles ($1.75 billion) worth of transactions each month.

It also manages more than 106,000 kiosks (ATMs) in the aforementioned geographical regions, where customers can deposit cash into their digital wallets. Don't regard this as a small detail; many former Soviet states still operate as cash-based economies. After all, capitalism has only been around in these countries since 1991. Cash is still king (or tsar, Putin, etc.) there.

But know that Qiwi is here to stay for the long term. For historical and political reasons, many Russian consumers are rather skeptical of Western-based tech firms (and I don't blame them!). Instead, they would prefer made-in-Russia alternatives, such as Vk.com instead of Facebook, and searching on Yandex instead of Google.

Or better yet, take the example of Paypal (PYPL 2.01%). The payment solutions giant has been in Russia since 2006 but recently terminated domestic money transfers between Russian users, citing unpopularity. It looks like the charm runs deep within Qiwi.

The company has its own line of credit cards in addition to managing digital payments. What's more, it offers up to 8% cash back for its customers for shopping on e-commerce sites like AliExpress. More than 630,000 users have signed up for the bonus.

Despite all it has to offer, the stock is ridiculously cheap at just 6.4 times forward earnings. For future growth, I would look at growing integration between e-commerce retailers and its own users. This is a top-notch payment solutions provider you don't want to miss.

Dr. Reddy's Laboratories (RDY 0.98%) is a global generic pharmaceuticals company that has been at the forefront of combating the COVID-19 pandemic in India. The country happens to be the world's largest vaccine manufacturer, with the (privately owned) Serum Institute of India being able to make 2 billion doses of coronavirus vaccine per year and deliver them through government partnerships.

However, the Indian government, led by Prime Minister Narendra Modi, exported much of its vaccines abroad during Q1 2021, citing a low number of coronavirus cases. That decision has now backfired, as the rampant spread of the deadly delta variant has wreaked havoc on the country.

This has created a situation in which India must rely on the import of coronavirus vaccines to keep the pandemic under control. In May, Dr. Reddy's secured exclusive marketing and distribution rights for the first 250 million doses of Russia's Sputnik V vaccine (91.6% effective against COVID-19). Analysts estimate the agreement could bring over $300 million in revenue for the company -- in addition to alleviating the pandemic.

The company is also doing well outside of India. On June 22, it began launching its own version of Vascepa, a fish oil fat used to treat high glyceride levels and reduce the risk of cardiovascular diseases. In 2020, the branded version of Vascepa brought in $590 million in sales.

During the past four years, the company has consistently grown its revenue by about 10% per year, to $2.6 billion in fiscal 2021 (ended March 31). At the same time, its free cash flow has stayed consistent at $300 million per year. Dr. Reddy's cash balance also outranks its debt, giving it no financial leverage.

It markets about 300 generics and six biosimilars worldwide, with 12 drugs in clinical trials. Overall, Dr. Reddy's stock is trading for about 25 times forward earnings, which is pretty cheap considering its COVID-19 treatment and generic Vascepa offering could send its financials soaring. So this is definitely one of the top pharma stocks to buy now.

Why Is No One Talking About Dr. Reddy's Stock?

Is Dr. Reddy's Laboratories a Buy?