Reality is starting to set in for many investors who bought into the hype after reading something online.

The broad market may be at a breakeven for the week, but stocks of movie theater chains certainly aren't. Shares of Cineworld Group (CNNW.F 10.64%), Cinemark Holdings (CNK -13.44%), and IMAX Corporation (IMAX -4.42%) are all down significantly since last Friday's close. But they're being led lower by AMC Entertainment Holdings (AMC 18.86%). The company's decision to not sell more shares at their currently elevated price gets the superficial blame for the pullback, but odds are good this weakness was materializing no matter what.

The king of the meme stocks was close to being diluted...again. AMC's management had been prepared to put the matter of a secondary offering to a shareholder vote. Those plans were officially canceled (postponed, technically) on Tuesday, however, when CEO Adam Aron suggested he feared such a vote could split the company's shareholder base.

Given that 80% of the company's investors are retail shareholders rather than institutions like mutual funds or hedge funds, the prospect of half of this shareholder base being pitted against the other half is very real. This prospect is augmented by the fact that many of these owners are new investors who stepped into their trades based on advice found at various online message boards. 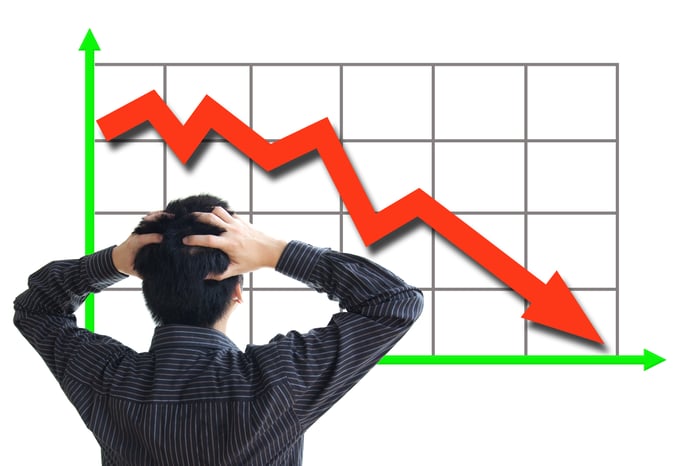 That's one of the arguments being made, anyway, by owners who felt the movie theater chain would be better off with fresh funding. Other arguments suggest it's bullish that AMC didn't proceed with the sale of newly issued shares, which would have diluted the value of the stakes already in current shareholders' hands. Curiously, that bullish response lasted only a few hours. By Tuesday's close the stock was in the red, resuming the profit taking that had taken shape the week before.

And there's the rub of meme stocks that are controlled not only by smaller retail investors, but by retail investors better characterized as speculators. The stock's daily moves can often be attributed to headlines, as they would be for more "normal" stocks, but the fact is, traders' ever-changing sentiment is driving this stock's volatility.

Fellow theater chains Cinemark, IMAX, and Cineworld fell in sympathy as similarly speculative traders went on the hunt for opportunities like AMC that aren't AMC, as AMC itself has turned into a very crowded trade.

AMC continues to draw bullish lip service on the message boards that caused it to be catapulted higher a couple of different times this year. But that voiced support is now proving ineffective at keeping the stock propped up. Makes sense. The same strategic ploy rarely works twice, and never works forever. Enough investors are starting to realize the company's current market capitalization of $24 billion will never be justified. In this vein, although shares are currently trading at a price above $46, the analyst community has maintained its consensus price target $5.25.

This stock may well snap back from the two-week sell-off, but serious buy-and-hold investors can't dig in. AMC remains nothing more than a means of speculating about how well the stock's supporters will be able to manipulate its price.