Please ensure Javascript is enabled for purposes of website accessibility
Free Article Join Over 1 Million Premium Members And Get More In-Depth Stock Guidance and Research
By Charlene Rhinehart, CPA - Jul 12, 2021 at 5:05AM

You may not have access to Thiel's investment opportunities, but you can still unlock the benefits of a Roth IRA.

Peter Thiel's $5 billion Roth IRA fortune is probably one of the hottest retirement topics of the summer.

The Silicon Valley titan reportedly tucked money away in a Roth IRA to accumulate 1.7 million shares of PayPal Holdings (a company he co-founded) in 1999, according to data released by ProPublica. His $1,700 initial investment was worth $3.8 million a year later. Now, he's sitting on a $5 billion windfall that will be 100% tax-free if he doesn't touch the money until after he turns 59 1/2.

Although accumulating a billion-dollar Roth IRA windfall is probably out of reach for the average person, it's still a perfect time to take a deep dive into Roth IRAs and determine how you can supersize your portfolio. Here are three lessons that you can take away from Thiel's Roth IRA investments. 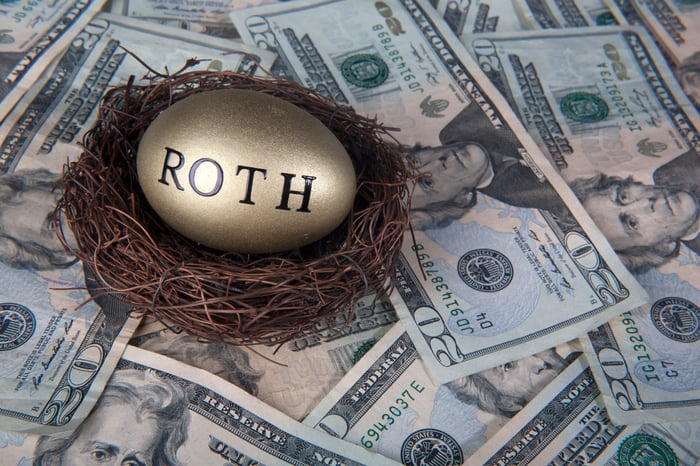 1. Get started as soon as possible

Time is an investor's golden ticket to success. The more time you have, the longer your money can grow tax-free. Unfortunately, your time to make direct contributions to a Roth IRA will expire once your income surpasses the annual threshold.

When Thiel contributed to a Roth IRA in 1999, the maximum contribution limit was $2,000 for single individuals who had a modified adjusted gross income of less than $110,000. He checked the box on the requirements and was eligible to use his after-tax dollars to contribute to a Roth IRA in exchange for a lifetime of tax-free gains (as long as he followed the rules). By starting early, he was able to watch the value of his investments grow over time and then use his gains to invest in other assets that could help him continue his strong growth metrics.

Anyone who has earned income and falls within the income ranges can take advantage of this same Roth IRA perk. Even a child can qualify for a Roth IRA since there are no age requirements. Because most people earn less at the beginning of their working career, it makes sense to pay your tax bill up front and create a cushion of tax-free income later. Even if you don't qualify to make future contributions, you can always use the funds that you've already contributed to buy and sell assets.

2. Contribute as much as you can

Thiel's Roth IRA contribution was capped at $2,000 in 1999. Fortunately, the Roth IRA limits have been expanded and provide an opportunity to use consistent contributions to transform your portfolio's value.

Although it might be tempting to only contribute scraps of change into your Roth IRA right now, you'll have more money to invest in assets of your choice if you contribute the maximum every year. If Thiel would have only contributed $800 to his Roth IRA, he would have cut his earnings potential in half.

You have to put your contributions to work if you expect your money to grow. You may not have access to private shares of a company like Peter Thiel did, but you can unlock wealth by investing in publicly traded stocks. Even if you only get an average market return of 10% a year (which is not unreasonable), a Roth IRA could get you to the million-dollar mark in approximately 30 years if you consistently contribute the maximum amount (assuming it remains at least $6,000).

The best way to supercharge your returns is to invest in high-growth assets, though you want to take your age, goals, and risk tolerance into consideration when selecting investments. The average returns for the S&P 500 have fluctuated every year, including an impressive 31.49% return in 2019. Past performance doesn't guarantee future success, but the performance of stocks over the long run has been positive.

No matter where you are on your journey, a Roth IRA is worth looking into. If your income is too high, you can look into a backdoor Roth IRA, traditional IRA, and other retirement savings vehicles. Retirement success isn't just about the type of vehicle you use to house your investments. It's about understanding how you can use these tools to create the life you've always wanted.

If there's any nugget you can take away from Peter Thiel's $5 billion Roth IRA, it's this: Don't let a good perk go to waste.