Chinese ridesharing company Didi Global (NYSE:DIDI) went public last month, and early investors are already losing big -- the stock is down 15% (the S&P 500 is up a steady 2% during that time). And there's concern that there could be even more losses ahead as China looks to crack down on companies that trade on U.S. exchanges. Investing in Chinese stocks can be very risky right now.

While the idea of gaining exposure in a market like China is certainly appealing for many investors, that isn't your only option if you are looking for growth. There's a much safer choice for investors looking for long-term gains, and that's the cannabis sector. 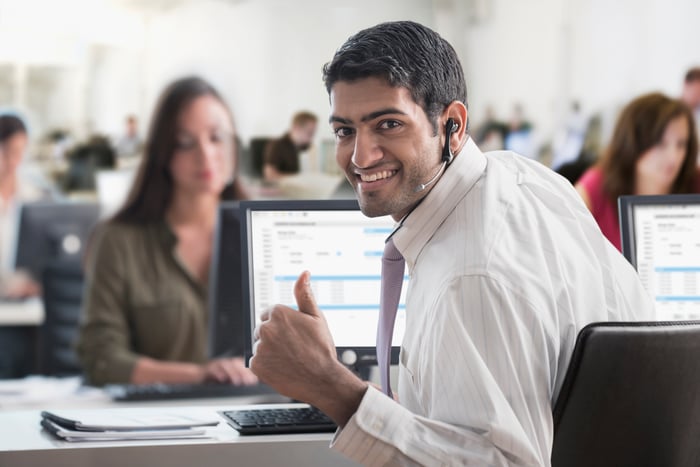 Even though marijuana isn't federally legal in the U.S., it's still a safe place to invest

In the Chinese market, investors have no idea what could be on the horizon if the government imposes more restrictions on publicly traded companies. Cannabis looks incredibly safe in comparison. I don't buy the hype that federal marijuana legalization will take place this year -- or at any time during the Biden administration. But that may not matter all that much, because the federal government isn't interfering with the more than 30 states that permit marijuana use for medicinal and/or recreational purposes.

While the U.S. government technically could shut down these marijuana operations, that hasn't happened yet, and it isn't likely. In 2013, the Department of Justice issued a memorandum stating that while marijuana is illegal federally, the agency wouldn't try to prosecute cannabis companies in states that have approved it. "Based on assurances that those states will impose an appropriately strict regulatory system," the agency wrote, "the Department has informed the governors ... that it is deferring its right to challenge their legalization laws at this time."

Even under the Trump administration, when then-Attorney General Jeff Sessions rescinded that memo, there still wasn't any sort of crackdown on the sector. And now, with Democrats back in control of the White House, those concerns can be laid to rest. President Biden is more likely to decriminalize pot than to shut down cannabis companies that are operating legally on a state level.

The federal ban on marijuana may create challenges for the industry, including a lack of access to banking services and the inability for pot products to cross state lines. But that isn't stopping companies from growing and becoming great investment opportunities.

A pot stock that balances safety with long-term growth

That said, investing in individual pot producers can be a risky prospect -- there are a ton of them out there, and many aren't profitable and may not be for years. A safe alternative can be to buy shares of a real estate investment trust (REIT) that operates in the sector: Innovative Industrial Properties (NYSE:IIPR).

A REIT is a relatively safe investment because it collects rent from its tenants, which makes for some solid, recurring income. And with minimal costs related to its operations, there is room for not just profitability, but for cannabis investors to also collect a dividend. Today, Innovative Industrial yields 2.8% -- well above the S&P 500 average of just 1.4%. Dividend income is a rarity in the cannabis industry, especially a payout that high.

Innovative Industrial has posted net profit margins of more than 50% in each of the past four quarters. The company has also been expanding its presence through sale-and-leaseback agreements, buying real estate from growers and securing recurring revenue in return. For the period ending March 31, Innovative Industrial posted net income of $26 million -- more than double the $11 million it reported a year earlier.

The company has 69 properties in its portfolio spanning 18 states, including in hot markets such as California, Colorado, and Florida. It even has properties in New York and New Jersey, two states of the most recent states to legalize marijuana for recreational use. Innovative Industrial also isn't terribly dependent on any one producer -- its top two tenants account for 23% of its rental revenue, down from 33% a year ago.

Is Innovative Industrial a no-brainer buy?

If you want a top growth stock to buy, you are better off avoiding the risks related to Didi Global and settling on Innovative Industrial instead. The company can give you the best of both worlds in the cannabis sector -- growth and profitability. While the federal ban on marijuana may keep some investors away from the industry, it's still far safer than investing in Chinese stocks today. And the global cannabis market is still in its early growth stages; analysts at MarketsandMarkets project it will be worth more than $90 billion by 2026, growing at a compounded annual growth rate of 28%. Now is a great time to invest there if you haven't already done so. Even for risk-averse investors, Innovative Industrial is a solid choice.