It was a wild first year as a public company for insurance-tech upstart Lemonade (NYSE:LMND). Shares fell 11% through the first half of 2021, according to data from S&P Global Market Intelligence.

But the path to getting there was dramatic. After its initial public offering (IPO) in July 2020 through January 11, 2021, the stock skyrocketed more than 160% on investor optimism on Lemonade's prospects for disrupting the massive global insurance industry.

Things came undone at that point, though, as Lemonade came under attack from short-sellers, and other shareholders took some profit off the table. At one point, Lemonade fell all the way back to where it made its publicly traded debut last summer before rallying in May and June. 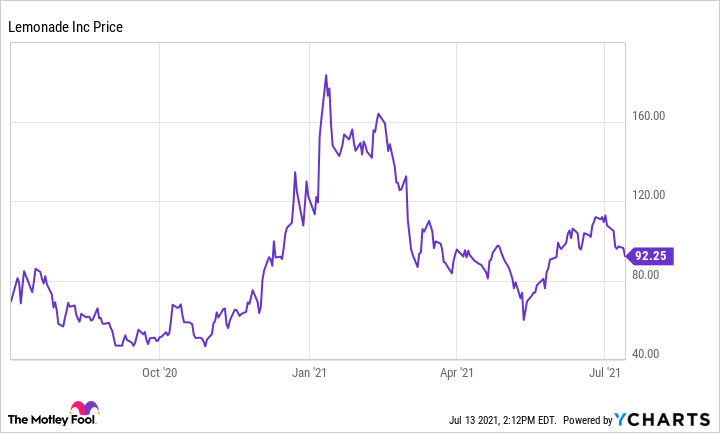 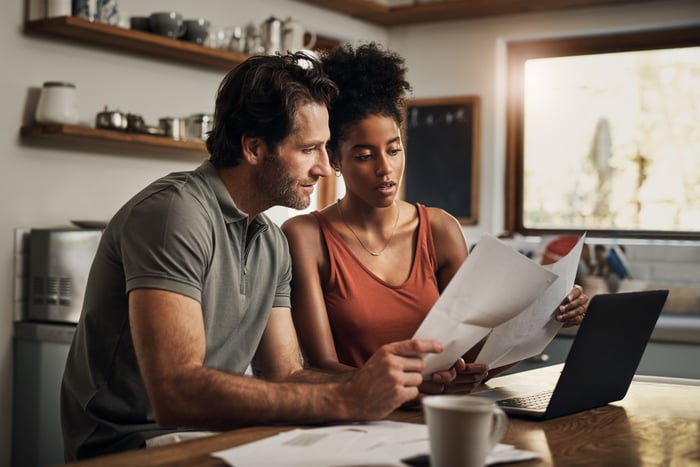 Detractors from Lemonade argue that the company holds no real technological advantage over the many large insurance incumbents out there and that sooner or later, Lemonade will run out of steam. After all, though the company touts being a tech outfit that makes use of AI and behavioral finance throughout its operations, it still operates at steep losses at this stage. As of the end of June, an estimated nearly 13% of Lemonade's shares outstanding were being sold short, indicating that many traders are betting against the stock.

Nevertheless, it's undeniable that Lemonade is winning with young consumers, many of whom are purchasing insurance policies for the first time. As of the end of March 2021, Lemonade said its customer count was up 50% from the year prior to nearly 1.1 million, and in-force premium was up 89% to $252 million. While current financial results alone don't justify the company's $5.7 billion market cap, Lemonade clearly is doing something right and growing at a rapid pace.

The jury is still out on Lemonade, and that's OK. It's only a year removed from its IPO, so it's far too soon to tell how successful this tech-enhanced insurer will ultimately be.

However, though it still operates at a loss, this small firm isn't at risk of running out of cash anytime soon. It had nearly $1.2 billion in cash and investments on hand and no debt at the end of March. Investors should stay focused on the pace of new customer acquisition and the rollout of new products -- like the upcoming Lemonade Car auto insurance that will be making its debut later in 2021.