Please ensure Javascript is enabled for purposes of website accessibility
Log In Help Join The Motley Fool
Free Article Join Over 1 Million Premium Members And Get More In-Depth Stock Guidance and Research
By Jennifer Saibil - Jul 15, 2021 at 8:43AM

It has had losses since.

Genius Brands International (GNUS 5.26%) stock gained 33% in the first six months of the year according to data provided by S&P Global Market Intelligence. The children's media company had some momentum with its Kartoon streaming channel, announced major deals, and had a solid first quarter, leading to investor confidence. However, Genius brands stock is generally volatile, and it has lost most of those gains. It's now up 14% year to date.

Genius brands produces content for its own channel as well as licensed content for partner channels. Some of its partners are Walt Disney's Marvel studios, Roblox, and the investing world's very own Warren Buffett. 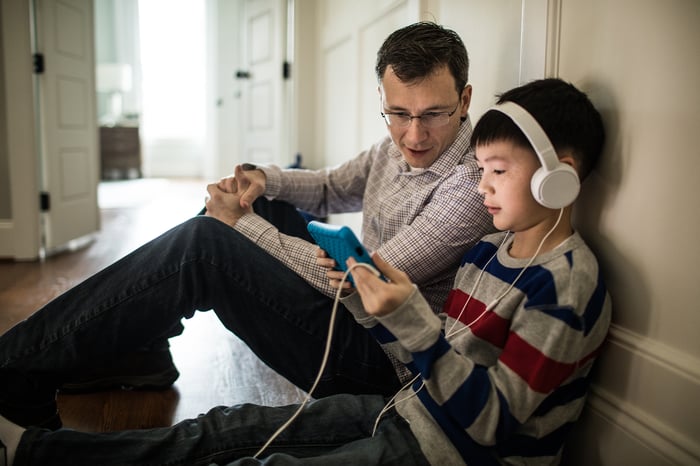 In the first half of 2021, the company posted some major victories, such as the launch of Stan Lee's Superhero Kindergarden, starring Arnold Schwarzenegger, which has received more than 40 million views.

The 2021 first-quarter report, which was released in May, showed a 218% sales increase year over year. Most of that, however, came from the acquisition of ChizComm Beacon Media, which went through in February. TV licensing and royalties, Genius brands' main revenue generator, decreased 19%, but television and home entertainment increased 60% year over year.

The Kartoon channel has been successful, with 157% more viewers than in the fourth quarter of 2020 and 113% more hours watched weekly. Its app has seen even more dramatic success, with a 2,790% increase in unique viewers since its launch in August and a 4.9 rating in the Apple store.

Genius Brands has posted a loss every quarter since it started operations. Its stock has been trading for less than $5 a share, but it has a market capitalization of $472 million and trades hands frequently.

In other words, it's fairly risky.

That doesn't mean there's no merit to the company, and there are deals brewing that might finally make it a stock worth holding. But it's not there yet, and investors may want to look at safer stocks instead.