On Tuesday, the June consumer price index report fueled more worries about inflation, which could hit restaurants just as they are preparing for higher demand coming out of the pandemic. 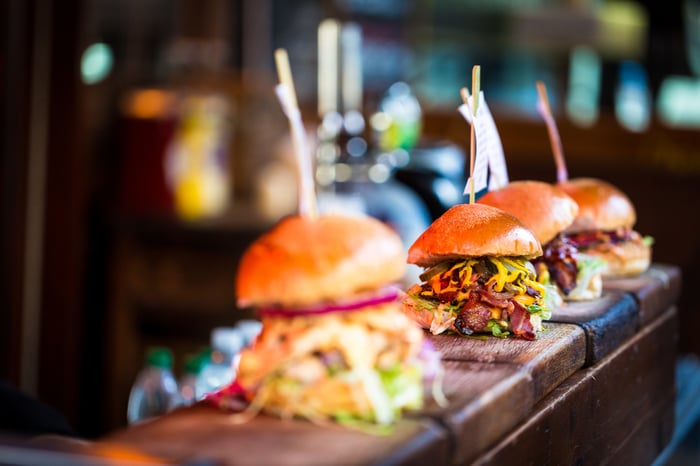 One alarming indicator was a 4.5% increase in the beef index. Cost inflation in meat could be problematic for near-term margins at The Chefs' Warehouse, which sells center-of-the-plate products, such as beef, poultry, and seafood.

While United Natural is hovering just above breakeven on a trailing-12-month basis, Shake Shack and The Chefs' Warehouse are still trying to recover their profitability coming out of the pandemic. Some restaurant stocks might appear to be good reopening plays, but higher demand for eating out might be offset in the near term by margin pressure from food-cost inflation. 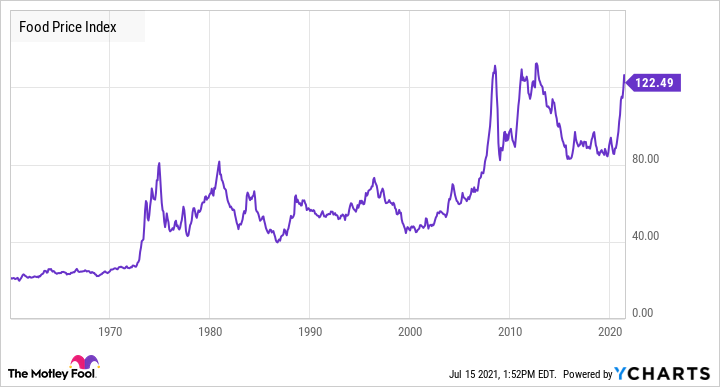 During the most recent earnings report, all three of these companies spoke to the concerns about rising cost inflation. While United Natural explained that inflation has historically benefited the business, management noted that suppliers are planning to raise prices in the coming months, which will have a larger impact on the business leading into fiscal 2022.

The Chefs' Warehouse has been hit particularly hard. Its gross margin fell 173 basis points year over year during the last quarter, driven by higher meat prices in addition to higher costs for cheese, dairy, and chocolate categories.

Analysts have been steadily lowering their full-year earnings-per-share (EPS) estimates for Chefs' Warehouse and Shake Shack in recent quarters. EPS estimates for United Natural Foods have just started to decrease in the last month. Investors who bought these stocks when they were cheap a year ago may want to think about selling with food prices trending higher.