If you've heard that Disney's (NYSE:DIS) theme park resort in Florida is buzzing with visitors, there's apparently room for even more patrons this summer. Disney World introduced a new ticket deal this week, giving locals discounted access to its four gated attractions through the end of the season.

The Florida Resident Summer Fun Ticket offers multi-day access through Sept. 17. The flagship four-day ticket sells for $215 plus tax, or an average of $53.75 per day.

The admissions don't need to be used on consecutive days. If nearly $54 a day sounds like a lot, keep in mind that it's less than half of what day guests are paying per day for four days of theme park access. 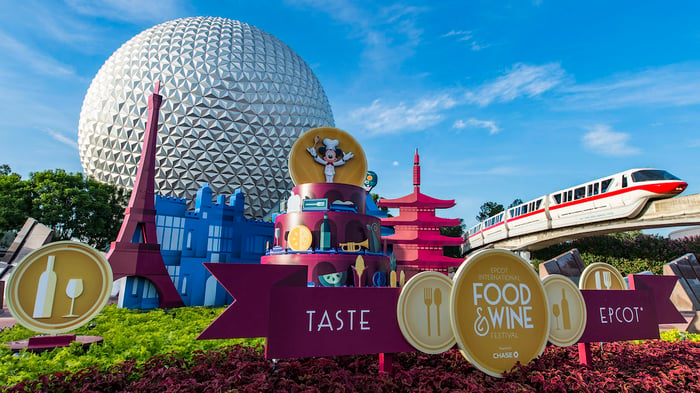 Every promo tells a story

There'e a reason for every mid-summer promotion, and instinctively, you might assume that Disney's getting desperate in what has historically been a peak travel season. It's always worthwhile to pay attention when Disney World puts out a discounted ticket package for Florida residents, as that's a call to action that can be put to work in a hurry.

Locals don't require months, if not years, to plan a Florida vacation. They can buy a four-day ticket today and already be punching out the first one tomorrow. The downside here is that locals aren't as lucrative. Many potential Floridians won't need to stay at a Disney resort, and if they're frequent visitors, they're not likely to spend as much as first timers at Disney World on food and souvenirs.

Back to the Florida resident promotion -- Disney World is doing just fine. Despite a recent surge in the state of new COVID-19 cases among non-vaccinated locals and tourists, the House of Mouse has been relaxing social-distancing guidelines and increasing daily capacity levels at its parks. This is more an issue of increasing supply than waning demand.

A counterargument here is that out-of-towners may be staying away. Disney World turns 50 in October and is planning an 18-month celebration to monetize -- err, celebrate -- the milestone. If you're traveling from out of state or even out of the country, why would you go now when there'll be a lot of new rides and experiences come October?

Disney World has held back on ride openings and new nighttime shows since reopening in July of last year. It wants to have enough ammo to maintain consumer interest through the year-and-a-half soiree. In short, locals on discounted deals will be taking the place of out-of-state travelers smart enough to hold off on a visit to Disney World when so much is waiting at the other end of October.

Disney knows what it's doing, and this late-summer promotional deal isn't worrisome at all. There's room for more guests as Disney relaxes its pandemic safeguards, and locals are the ones who can assemble quickly at the right price point.

Disney's theme park numbers out of Florida will be fine for the fiscal third quarter that ended last month and the current fiscal fourth quarter. Disney isn't the top dog among travel stocks by accident -- the new ticket promo is a win-win deal.