Please ensure Javascript is enabled for purposes of website accessibility
Log In Help Join The Motley Fool
Free Article Join Over 1 Million Premium Members And Get More In-Depth Stock Guidance and Research
By Daniel Foelber, Scott Levine, and Lee Samaha - Jul 17, 2021 at 7:00AM

From renewable energy stocks to dividend stocks, these companies are worth watching heading into earnings.

With that, we asked some of our contributors which stocks they thought could soar when they report earnings. They chose Bloom Energy (BE 5.33%), Rockwell Automation (ROK -0.68%), and Weyerhaeuser (WY -0.20%). 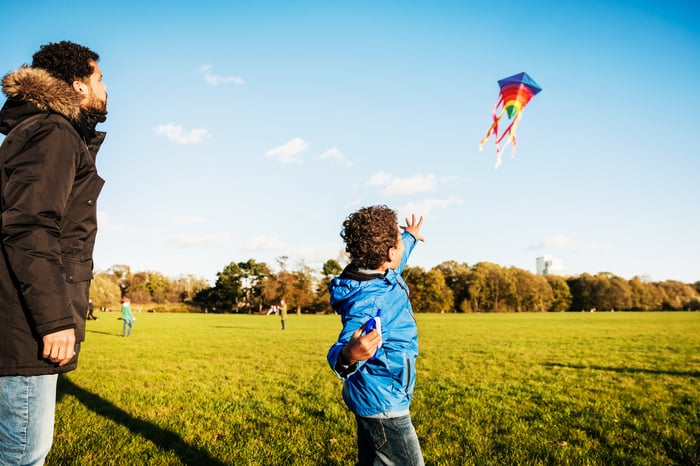 A strong earnings report could electrify this stock

Scott Levine (Bloom Energy): Over the past year, something that has become exceedingly clear is that the market has an ample appetite for renewable energy stocks, specifically fuel cell stocks. Around the world, political leaders from the local to national levels, as well as corporate leadership teams, have begun to include hydrogen solutions as a way to reduce their carbon footprints. Consequently, leading fuel cell stocks, like Bloom Energy, have garnered considerable interest from investors.

Falling about 17% over the past month, shares of Bloom Energy have pared back some of the gains the stock made in the spring. With the company set to report Q2 2021 earnings in the coming weeks, it's likely the stock will rip higher if the company has good things to say.

What, in particular, will charge up the market's interest when the company reports? We can use the 2021 guidance the company issued last December to provide some insight. For one, Bloom Energy forecasted 2021 revenue of about $1 billion. While it hasn't provided guidance for the second quarter, analysts expect the company to report $235 million; and if the company exceeds this amount, I suspect the market will take notice. Instead of the company's sales, though, its progress in generating a profit and positive cash flow will be the greater catalysts for the stock to shoot higher.

Proving the fuel cell business can be a profitable endeavor has consistently eluded fuel cell companies; however, Bloom Energy appears to be the most likely among its peers to achieve this feat. Management forecasts the company will generate a non-GAAP gross margin of about 25% in 2021, and the company took a strong step toward achieving that mark in the first quarter when it reported a non-GAAP gross margin of 29.7%. If the company reports a comparable margin for the second quarter, investors will certainly take notice. With regards to cash flow, in the first quarter of 2021, Bloom Energy reported negative cash from operations of $85 million. The company is guiding for operational cash flow to be "approaching positive" in 2021; if it is able to substantially reduce its outflow in the second quarter, the market should celebrate the achievement.

Rockwell Automation, about to fire on all cylinders?

Lee Samaha (Rockwell Automation): The leading U.S. automation company's stock is one to watch during earnings season. The reason? I think the company may well report improving conditions in a few of its key end markets, namely oil & gas, automotive, and mining/aggregates.

Readers already know that Rockwell upgraded its full-year 2021 revenue and earnings guidance on its last two earnings calls. Those upgrades were due to an improving outlook for capital spending on automation in semiconductors, life sciences, food & beverage, and tires. In comparison, automotive and mining/aggregates/cement expectations have been stable, while oil & gas has worsened.

The lack of an upgrade to automotive expectations -- disappointing in the context of an improving economy -- is likely due to automotive production curtailments resulting from the semiconductor shortage. However, if the second quarter sees the worst impact, automotive manufacturers may start to release budgets to prepare for a ramp-up in production.

The second reason is the price of oil has risen from around $50 a barrel at the start of the year to more than $70 a barrel now. While spending in the industry tends to lag prices, the higher price will likely encourage the fulfillment of spending projects that had been delayed previously. It's a similar story in the mining industry, where the notoriously cautious miners should be under pressure to ramp spending given higher commodity prices.

All told, don't be surprised if Rockwell Automation increases full-year guidance again when the company gives earnings at the end of July.

This lumber stock still has room to run

Daniel Foelber (Weyerhaeuser): After selling off in spring 2020, many lumber stocks proceeded to rebound as demand for lumber skyrocketed. From DIY projects to the construction of new homes, the booming housing market has been one of the biggest stories of the past year.

Weyerhaeuser, one of North America's largest timberland owners and sawmill operators, saw its shares rebound nearly 150% from their March 2020 low to the end of 2020. However, the stock has drifted downward over the last few months as lumber prices fell more than 40% in June.

As supply chains expand to better handle the rise in demand, commodity prices should begin to normalize. While Weyerhaeuser doesn't depend on astronomically higher lumber prices to turn a profit, it has certainly benefited from the short-term supply chain imbalance. During its first-quarter earnings call, management told investors it would distribute between 75% and 80% of its annual adjusted funds available for distribution (adjusted FAD). The company said the payment would likely occur through a special dividend, which would generally be paid once per year in the first quarter. In addition to the special dividend, Weyerhaeuser pays a quarterly cash dividend of $0.17 per share, representing a dividend yield of 2%.

Weyerhaeuser will report its second-quarter earnings on July 30, during which the company could surprise investors for a number of reasons. When Weyerhaeuser directly sells a portion of its timberland, it benefits from rising real estate costs and lumber prices. But most of its business is selling wood products, which have remained high despite the fall in lumber prices. Expectations are high for the second quarter, but there could be more upside ahead even as lumber prices fall. Aside from an optimistic outlook, a strong 2021 performance could mean a rather large special dividend in the first quarter of 2022.

Short-term performance aside, Weyerhaeuser's strong balance sheet and industry-leading position make it a lumber stock that should continue to thrive beyond the housing boom.

Why This Top Fuel Cell Stock Tanked in July

Investors Can't Stop Talking About These 3 Stocks, but They're Still Buys