Dropbox (NASDAQ:DBX), the file-sharing and content collaboration platform, has been in the press a lot lately. Following the announcement that activist investment firm Elliot Management obtained a more than 10% stake in Dropbox, investors all over are keeping a watchful eye on the tech company.

As Dropbox gears up to announce its second-quarter earnings, here's what investors need to know. 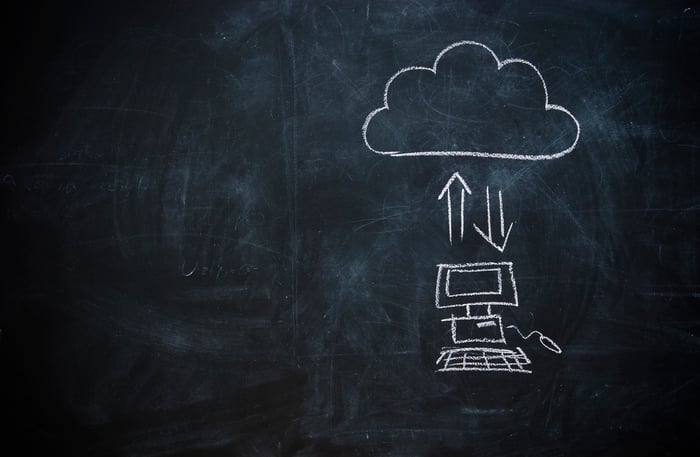 Before diving into the company's coming second-quarter report, it's worth taking a quick look back at prior developments.

Thanks in part to pandemic-induced adoption and fewer discounts, Dropbox coupled strong user growth and increased average revenue per user to reach a record first-quarter revenue figure of $511.6 million -- a 12% increase year over year. On top of the strong sales growth, the company more than quadrupled its free cash flow for the period, albeit from a much smaller base. But it isn't just the strong financial performance that's helping drive the stock.

During the first quarter, Dropbox announced that it was acquiring DocSend, the document-sharing and analytics tool, for $165 million in cash. While this might seem trivial in relation to Dropbox's overall market cap of more than $10 billion, the company is proving that it still has several new ways to expand its offering and further monetize its growing user base.

Now that Dropbox is generating steady cash flow, management also saw the first quarter as an opportunity to add some debt at a fairly low cost. In February, the company announced that it issued more than $1.3 billion in zero-interest convertible senior notes. The lenders in this case will have the ability to convert the debt to common stock in 2026 and 2028 at conversion prices above $35. Though it's difficult to know what exactly this new cash will be used for, management has cited several new avenues it's planning to pursue in order to fuel earnings growth. These avenues will likely include a combination of acquisitions, share repurchases, and investments in organic initiatives.

What to expect for the second quarter

Aside from management's guidance, there are a few other numbers investors should be watching.

Prior to the issuance of the company's convertible notes, Dropbox's board of directors approved an additional $1 billion share repurchase program on top of the approximately $202 million that it had previously allotted. While management didn't set any timeframe for these buybacks (the company repurchased another $432 million of stock in the first quarter), a program of this size would reduce share count significantly and put more of the company's earnings into the pockets of shareholders. Dropbox stated that it expects its diluted weighted-average share count to be between 397 million and 402 million in the second quarter, which would be a 5% reduction from the same period last year.

In addition to the buyback figure, there's one concerning point investors should monitor. During Dropbox's 2019 analyst day, management stated the company had a 95% net revenue retention rate, implying minimal customer churn. However, at the end of 2020, Dropbox said that number had slightly declined to the low 90s. While this metric tends to ebb and flow, a declining net revenue retention rate can indicate the company lacks pricing power. Management occasionally comments on this figure in the company's earnings calls, and it's worth keeping an eye on it if it's mentioned.

While it's nice to have a general idea of what to expect in the short term, investors should be careful not to put too much emphasis on a single quarter's results and instead focus on the big picture.

Since the pandemic hit, Dropbox's management team has been running a tight ship, which seems to be resulting in significantly more profits for shareholders. The company's goal is to reach $1 billion in annual free cash flow by 2024, and so far, it seems to be taking the right steps to achieve that.

Between Dropbox's steadily increasing user count, recurring revenue model, and robust free cash flow per share growth, there's plenty for shareholders to be optimistic about long term. The company will report its second-quarter results on Aug. 5 after the market close.