Please ensure Javascript is enabled for purposes of website accessibility
Log In Help Join The Motley Fool
Free Article Join Over 1 Million Premium Members And Get More In-Depth Stock Guidance and Research
By John Rosevear - Jul 19, 2021 at 11:10AM

A Wall Street analyst initiated coverage with a rating of "meh."

Shares of lidar maker Aeva Technologies (AEVA -7.85%) were trading sharply lower on Monday, after a Morgan Stanley analyst initiated coverage of the company with a not-exactly-bullish note.

In a note released early on Monday morning, Morgan Stanley analyst Joseph Moore initiated coverage of Aeva with a rating of equal weight and a price target of $11. (Aeva closed at $9.71 on Friday.)

Moore wrote that Aeva's so-called 4D lidar technology is "unique" in the automotive driver-assistance market, and that the company has "carved out material differentiation" in the increasingly crowded lidar-for-autos space. 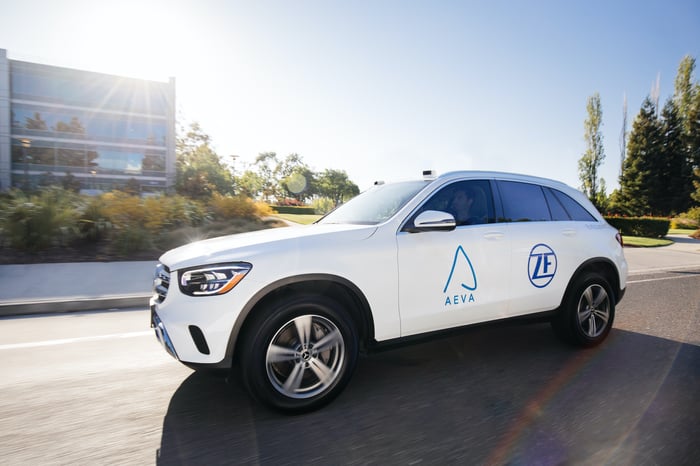 He also cited the company's partnerships -- including those with Japanese auto-parts giant Denso and Volkswagen-backed autonomous truck start-up TuSimple Holdings (TSP -5.04%) -- as factors that help Aeva stand out from the pack.

So why is the stock down? It's that price target: Moore thinks it will take some time for Aeva, which only went public in March, to grow into its current valuation -- or put another way, the stock looks expensive right now.

Investors watching Aeva and others in this space can look ahead to the company's second-quarter earnings report, likely in mid-August.