Square's (NYSE:SQ) stock price was choppy to start the year, as investors weighed the company's prospects against an expensive valuation. The shares closed the month of June up 12% on the year, according to data provided by S&P Global Market Intelligence.

Square's revenue surged 266% year over year in the first quarter, with most of that increase coming from Bitcoin (CRYPTO:BTC) transactions in the Cash App. 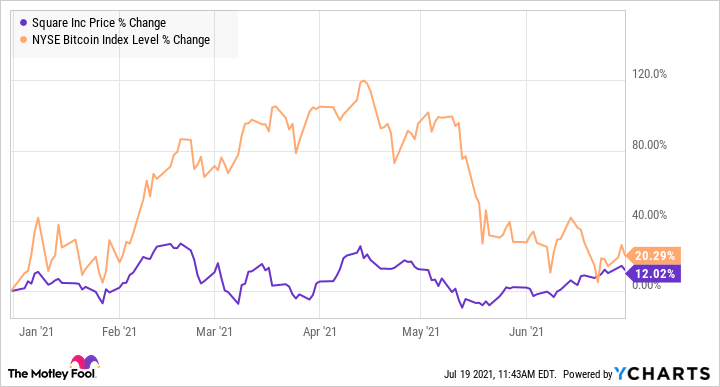 Excluding Bitcoin transactions, Square's revenue grew 44% year over year in the first quarter, but Square continues to double down on what it sees as a long-term opportunity in the growing adoption of digital currencies.

Cash App users can now send Bitcoin to friends for free, which could attract even more customers to the app. The new feature is consistent with CEO Jack Dorsey's view that cryptocurrency has the potential to become the native currency of the internet. If that happens, Square would obviously be in a prime position to benefit. 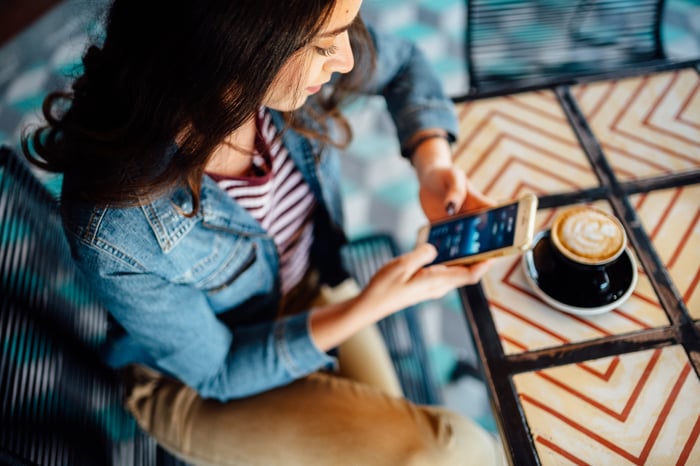 Unless cryptocurrency becomes more widely accepted as a means of buying goods, it could be a double-edged sword for Square. On one hand, it serves as a great acquisition tool to attract new users. These new customers tend to adopt other features in the app, such as instant deposit and the Cash debit card, where Square can further monetize its users by charging a small fee on these products. The Cash App generated $495 million of gross profit in Q1, up 171% year over year.

However, the price of Bitcoin has fallen sharply in recent months, which may weigh on Square's revenue growth if the volatility causes a subsequent decline in cryptocurrency transactions. Revenue from Bitcoin transactions made up 69% of Square's total revenue in the first quarter, making the digital currency both a growth opportunity and an added risk to Square's business. 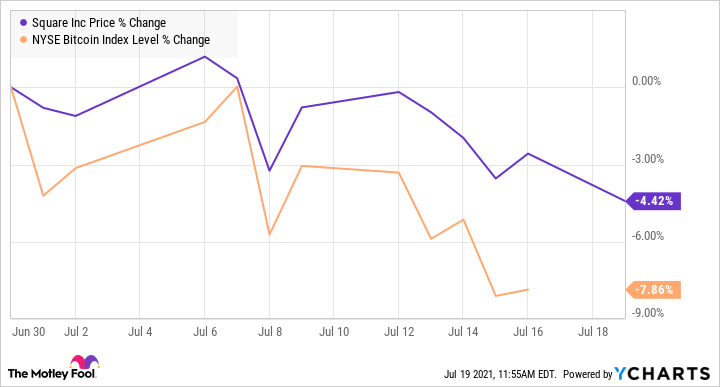 On the flip side, Square has other things going for it, too. Many brick-and-mortar stores use its point-of-sale solutions for checkout, so a return to in-store shopping is a catalyst for higher transaction volume and revenue.

All of this makes Square's upcoming earnings report on Aug. 5 a must-watch event. For what it's worth, Wall Street analysts have been revising their earnings estimates higher lately, which could mean that investors are still underestimating Square's momentum.