Please ensure Javascript is enabled for purposes of website accessibility
Log In Help Join The Motley Fool
Free Article Join Over 1 Million Premium Members And Get More In-Depth Stock Guidance and Research
By Bram Berkowitz - Jul 20, 2021 at 9:03AM

The bank's expenses came in higher this quarter, as it deals with regulatory issues and attempts to head in a new strategic direction.

Expenses have become a major theme in the second quarter of the year for the larger banks, and it was on the docket once again when Citigroup (C 0.78%) reported higher expenses in the second quarter and issued new guidance on full-year expenses. Banks are in a weird limbo right now as the economy recovers and they try to shed COVID-related expenses and get back to their normal run rates.

Citigroup also faces some unique cost challenges related to regulatory issues the bank must address and investments to complete a strategy overhaul. While expenses are high and could stay that way for the next several quarters, I would rather see the bank invest right now and think about the longer-term horizon. Here's why.

CFO Mark Mason also revised the bank's expense guidance higher for the full year, saying that expenses will be up in the mid-single digit percentages from 2020, which sent the stock down on the day that earnings were reported. But despite the seemingly negative guidance, I don't think this is that big of a deal if you unpack how the expenses are being allocated and how they could pay off in the years to come. 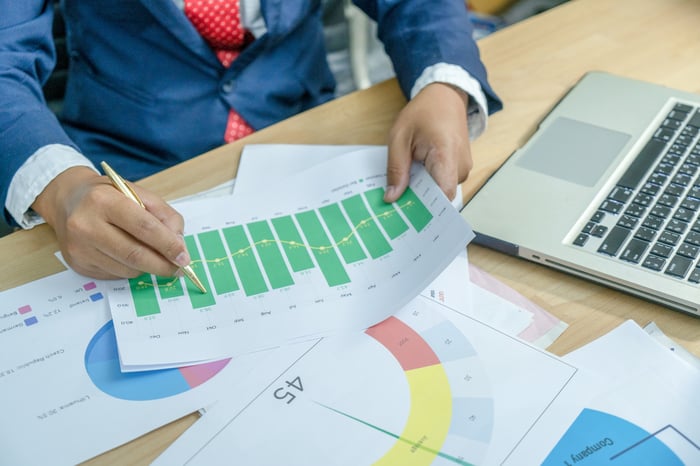 Last year, regulators slapped Citigroup with a $400 million civil penalty and a consent order that tasked the bank with correcting long-standing issues with its internal risks and controls. Due to needed investments in this infrastructure, management at Citigroup had previously guided for expenses to be up 2% to 3% in 2021 compared to last year. But as Mason has been saying all along, these investments being done to address the consent order are also investments that are needed to modernize the bank.

In the middle of last year, Citigroup accidentally wired $900 million to the wrong parties, a mistake later attributed to a "clerical error" and "out-of-date" software. A court ruled that $500 million of that amount did not have to be returned to the bank, so I am in full support of improving internal controls and further automating manual tasks. Mason also said that investments related to the bank's consent order are coming in as expected in that 2% to 3% range.

Mason attributed the new expenses that will result in the mid-single-percentage rise in full-year expenses to strategic investments. When new CEO Jane Fraser took control of Citigroup earlier this year, she also launched a strategy refresh to cut out inefficient parts of Citigroup's sprawling operations and focus on businesses within the bank that can reach scale and generate above-average industry returns.

The refresh began when Citigroup announced earlier this year that it plans to exit and sell its consumer banking franchise in 13 global markets. The consumer franchise in these markets didn't necessarily put up bad returns, but they used a lot of capital, were very inefficient, and credit costs in these markets doubled during the pandemic in 2020. Fraser also said the bank didn't have the necessary scale to compete in these markets.

Mason said strategic investments the bank has chosen to make earlier than anticipated include those in wealth management and the commercial bank. Citigroup is also investing more in already strong business lines such as securities services, investment banking, and treasury and trade solutions (TTS).

These are good areas to invest in because areas like wealth management are less capital intensive, while businesses like TTS in a normal rate environment can generate a return on tangible common equity in the mid-30s percentage range. Mason also gave every indication on Citigroup's recent earnings call that expense guidance could rise again, saying, "If we see more investment opportunities in '21 or 2022, we're going to go after them because, again, we know that we can deliver on the benefits and the returns that are associated with putting that money to work."

While everyone wants every quarter to be good, Citigroup is in the middle of improving its internal controls and a strategy refresh, which means things are probably going to get a little worse before they get better. Both are necessary to modernize the bank and also find a strategy that finally produces better returns that are more in line with peers.

While Mason did increase the bank's expense guidance, I was happy to see most of the revised guidance being put toward strategic investments and businesses that are already strong and can generate better returns. A simpler Citigroup will likely lead to a higher-performing bank, and with the stock trading below tangible book value (equity minus goodwill and intangible assets), I definitely think Citigroup could have a lot of upside long term.