There were plenty of stocks that made big moves during the regular session, but some of the more interesting reports came after the closing bell. Below, we'll look at why Boston Beer (SAM -0.85%) took a massive tumble while Twitter (TWTR 3.56%) picked up steam in the after-hours session.

Shares of Boston Beer plunged 19% in after-hours trading following modest gains earlier in the day. The beer maker reported surprisingly weak results that called into question some consumer trends that had supported the stock to all-time highs. 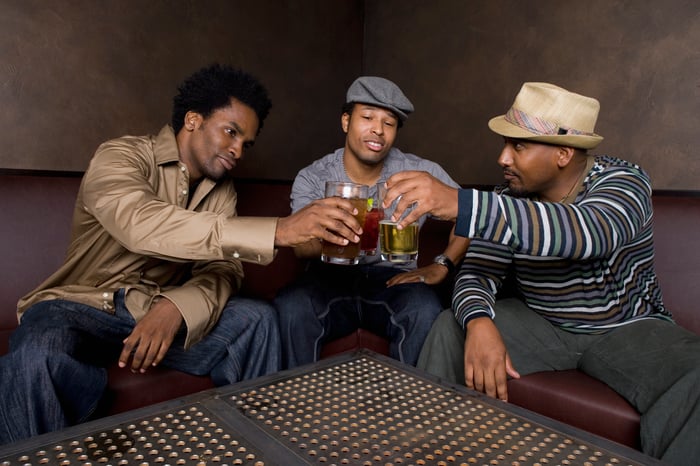 Boston Beer's second-quarter numbers were mixed. Revenue jumped 33% year over year, reflecting the reopening of the economy and the reversal of lockdown measures from the second quarter of 2020. However, net income eased lower by 2%, and earnings of $4.75 per share fell well short of the $6.85 per share that most of those following the Samuel Adams maker were expecting.

Ordinarily, growth of 24% in depletions and 27% in shipments would have been good news, but the depletions numbers were just half Boston Beer's first-quarter growth rate and below the company's own guidance. Founder Jim Koch blamed the shortfall on weakness in the hard seltzer category -- something that has been a huge driver of growth for Boston Beer in recent periods. Rising competition in that space is taking its toll.

Boston Beer also cut its guidance for the full year by $4 per share, now expecting adjusted earnings of $18 to $22 per share. That's a huge decline, and it explains why shareholders were so shocked at the news.

The numbers for Twitter were impressive. Revenue rose 74% year over year to $1.19 billion, due largely to an 87% jump in advertising revenue. Twitter saw ad volumes rise as well as getting more revenue per engagement. Gains in the U.S. and international markets were relatively similar, and Twitter managed to keep costs well in check. The net result was a reversal of last year's massive loss, with net income of $66 million working out to $0.08 per share.

Twitter also sustained healthy levels of user growth. Daily active users came in at 206 million, up 7 million from three months ago and 20 million from year-ago levels. Most of the new users came from international markets.

Twitter is optimistic enough about its prospects that it's looking to spend more on hiring to drive long-term revenue growth. That's an investment that often pays off when conditions are ripe for growth, and Twitter seems to be doing what it needs to do to make up ground on bigger rivals in social media.