One of its pilots is gone.

The stock of space tourism pioneer Virgin Galactic Holdings (SPCE -0.39%) was rapidly falling back to Earth on Thursday, down 7.2% as of 2:30 p.m. EDT. 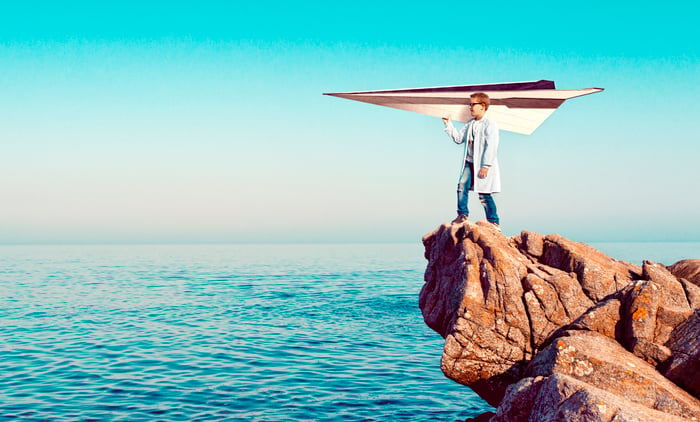 We learned today that Mark Stucky, Virgin Galactic's flight test director, and the pilot for the company's first-ever flight to space in 2018, has left the company -- and apparently it wasn't an amicable parting.

In a post on LinkedIn, Stucky said he did not leave "on my own timeline" (i.e., he was fired). Asked about the departure, Virgin Galactic declined to comment other than confirming that Stucky "is no longer employed," CNBC reported.

Meanwhile, over at Virgin Galactic rival Blue Origin, we just read astronaut Wally Funk's Yelp review of her trip to space aboard that company's New Shepard rocket. According to a report by The New York Post, Funk complained that "there was not quite enough room" in the space capsule to "do a lot more rolls and twists and so forth" in zero gravity, nor a whole lot of time for weightless acrobatics, either: "I loved every minute of it. I just wish it had been longer."

Admittedly, this was a review of Blue Origin's spacecraft. Maybe elbow room won't be a problem aboard Virgin Galactic's VSS Unity space rocket. But according to media reports, the cabin sizes of the two craft are similar. (Indeed, New Shepard's 530 cubic feet of internal space sounds a bit roomier than VSS Unity's 500 cubic feet). The durations of each company's space flights, too, are similar: about 10 minutes each.

And here's the really worrisome part: According to Funk, "I thought I was going to see the world, but [even at the top of Blue Origin's 351,000-foot flight] we weren't quite high enough" to see all of Earth as an orb.