Shares of Chinese tech stocks were tumbling today for the second session in a row as fears of regulatory crackdown by the Chinese government continued to mount.

The sell-off centered around a new set of restrictions on Chinese for-profit tutoring companies such as New Oriental Education & Technology and TAL Education Group, who have now had most of their market value wiped out in two sessions. On Saturday, Beijing announced stringent regulations that mean that for-profit educators can no longer accept overseas investments, raise capital from through the stock market, be directly acquired, or even teach school curriculum classes on holidays and weekends.

Though the news did not have any direct consequences for Chinese tech companies, the announcement adds to a pile of concerns about investing in China due to an increasing crackdown on business by the ruling Communist Party.

Among the Chinese tech stocks falling today were JD.com (NASDAQ:JD), which closed down 8.9%; Bilibili (NASDAQ:BILI), which was off 8.3%; and Baozun (NASDAQ:BZUN), which gave up 9.4%. 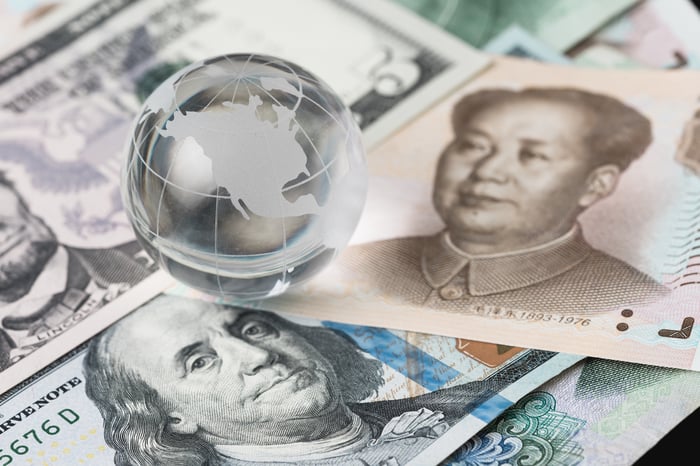 The reasoning behind Beijing's decision wasn't entirely clear, but it's the latest sign of the government's unpredictability and potential for destroying shareholder value with an unexpected decision.

Last fall, investors shuddered when Beijing blocked the IPO of Ant Group, Alibaba's financial arm, seemingly because the tech giant's founder, Jack Ma, had made some unkind remarks about Chinese financial regulators at a forum just weeks earlier. The government followed that up with an antitrust investigation into Alibaba and in April fined the e-commerce company $2.8 billion. Just weeks ago, recent IPO DiDi Global crashed after regulators removed its app from the country's major app stores.

The education sector is separate from tech, but the news is still causing investors to bail from Chinese tech stocks. In the past, Beijing has slapped fines on companies for violations related to intellectual property, data collection, or inappropriate content, and digital media company Bilibili was once a victim back in 2018.

JD and Baozun are both e-commerce companies and have not yet faced the same kind of consequences that Alibaba has, but investors seem to fear further restrictions in the sector, given that the government is targeting private businesses on multiple fronts in what seems to be an effort by the government to exert power over the private sector.

Additionally, some Chinese companies have been targeted by the U.S. for delisting. The U.S. Department of Defense released an "entity list" of several Chinese companies that it believed to be working on behalf of the Chinese government or military, and a separate bill could delist companies like Alibaba if they don't allow U.S. regulators to examine their financial audits.

With the investor situation in China getting worse, these stocks are likely to be off-limits to a number of investors until there's more clarity, though it could be years until that happens.

These stocks do look like bargains after the sell-off, but investors should tread carefully for now as further action from the government will only spark further selling. These companies will report second-quarter earnings in the coming weeks, which will give them an opportunity to change the narrative. If companies like JD, Baozun, and Bilibili are able to stay on good terms with the Chinese government, their stocks could have a lot of upside in the years ahead, though that's difficult to predict at this point.