There were some bright spots in the quarterly earnings report, but investors don't seem to care.

With markets and the price of oil both rising today, shares of Core Laboratories (CLB -5.17%) fell as much as 5.8%, before settling to a 4.8% decline as of 11:16 a.m. EDT. Evidently, investors don't seem very pleased with the oil-services company's second-quarter 2021 earnings, which it reported after the market closed yesterday.

While Core reported year-over-year growth in revenue and earnings, the market doesn't seem to be valuing that as much as the fact that the company failed to meet analysts' expectations. Revenue of $118.7 million -- a 3% increase over the same period last year -- came up short of the $119.5 million that analysts had expected. Adjusted EPS of $0.18 was 29% higher than the $0.14 a year ago, but was just shy of the $0.19 that Wall Street estimated. 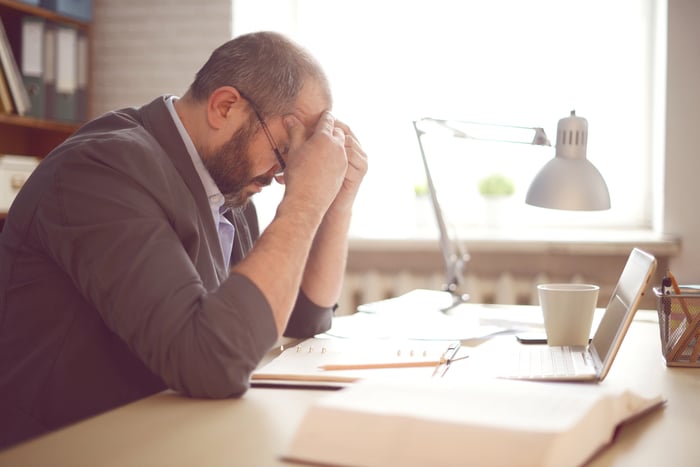 But the top- and bottom-line misses on analyst estimates likely aren't the only things driving the sell-off today. The stock is trading at a premium to previous valuations, and investors might simply be taking profits. Currently, shares are valued at 80 times trailing earnings, more expensive than its five-year-average ratio of 51.

Although the market seems unhappy with the company's misses on the top and bottom lines, there were some bright spots in the earnings report. For one, Core improved its financial health, reducing its net debt by 3.2%. And it generated stronger free cash flow in the second quarter, $6.6 million, compared to the $5.2 million in the first quarter of the year.

Investors interested in Core as a way to gain exposure to the energy industry but who aren't ready to invest just yet should monitor the company's progress in North America and momentum in international activity -- two areas that Larry Bruno, the company's CEO, identified as encouraging signs for the rest of the year.