Neither Nike nor Adidas can claim what this stock has done recently. Crocs, Inc. (NASDAQ:CROX), the maker of the insanely popular foam clogs, has been a surprise pandemic winner. Its stock has increased a whopping 260% over the past year, trouncing its larger peers in the footwear industry.

But that doesn't do the meteoric rise justice. After hitting a low in March 2020, the stock is up twelvefold. The business now sports a market capitalization of $8 billion, and its stores are attracting long lines that any retailer would be envious of.

Let's find out what's going on. 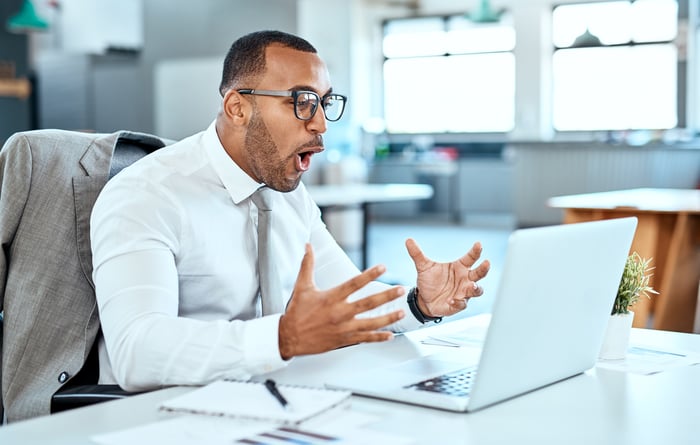 In the spring of last year, with shelter-in-place orders and remote work being the norm, people sought out clothing and footwear that emphasized comfort. And Crocs was there to deliver. Revenue growth in each of the last four quarters accelerated from the prior-year periods. The recently announced Q2 2021 results painted a clear picture of the company's booming success. Revenue soared 93%, and operating income more than tripled. Earnings also crushed Wall Street estimates.

In addition to being a go-to footwear choice for workers who spend long hours on their feet, Crocs have always had a solid fanbase among younger consumers. But with a growing number of collaborations, with the likes of mega stars including Justin Bieber and Bad Bunny, the brand has reached unprecedented popularity. As a major marketing push, expect more collaborations in the future.

Crocs grew sales in its Americas segment by 136% in the quarter. This was much faster than the Asia-Pacific (APAC) and Europe, Middle East, and Africa (EMEA) regions, a clear sign that the most lucrative geography still has lots of expansion left. Furthermore, the direct-to-consumer channel, which is extremely valuable to maintain a strong brand image, represented 52% of total revenue in the three-month period.

The business may be a drop in the bucket compared to industry giants Nike and Adidas, but Crocs sports a much higher gross margin of 61.7%. What's remarkable about this metric is that in the most recent quarter, CFO Anne Mehlman mentioned the average selling price for the company's products was just $21.84. Not only are Crocs affordable for consumers, but they generate immense value for the business.

Management's confidence going forward is sky high. "We continue to see strong consumer demand for the Crocs brand globally. On the back of record second quarter results and continued momentum, we are raising our full year 2021 guidance," CEO Andrew Rees mentioned in the press release. Forecasting sales growth between 60% to 65% for fiscal 2021 compared to the previous year, it's clear management believes the hype isn't going anywhere.

As is the case for most U.S. apparel or footwear companies, Asia is a huge opportunity. The continent is viewed by leadership as the biggest long-term growth opportunity for the brand. Revenue in the APAC region accounted for less than 20% of overall company sales in the quarter. Deploying a similar strategy as here in the U.S. of using celebrities and influencers, while focusing on digital, will support its ambitions. China, in particular, is the second-largest footwear market in the world, so there is massive potential.

Over the past few months, Wall Street analysts have continuously revised their earnings projections higher, reflecting the market's heightened optimism. Consensus estimates call for earnings per share of $6.60 for fiscal 2021. This means the forward price-to-earnings ratio is currently at 19, very attractive for a fast-growing business like Crocs.

Keep in mind, however, that consumer tastes can be extremely fickle, and this company has had its ups and downs over the past couple decades, falling in and out of favor. But the numbers don't lie. This time Crocs could be here to stay.