Apple and Advanced Micro Devices have more growth in the tank.

Here's a review of key highlights from both companies' latest round of results, and why both stocks are great buys. 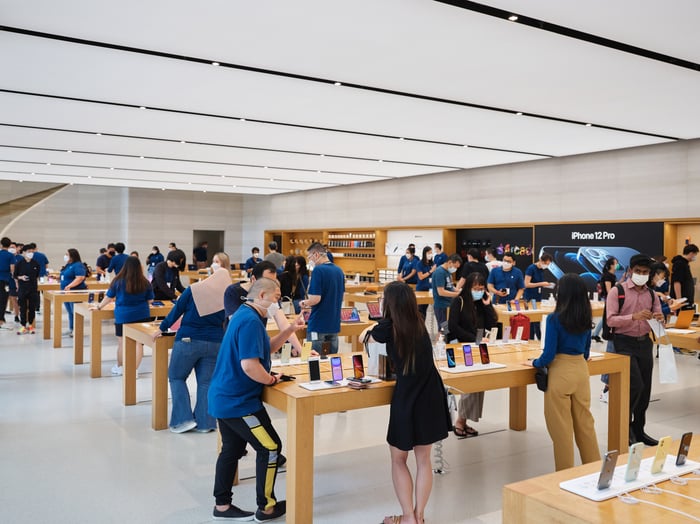 Apple started to see a lift in sales a year ago after the pandemic sent everyone scrambling for new computers and tablets in order to remain productive at home. That momentum stayed with the company after the successful launch of the iPhone 12 in the fall and continued through the fiscal third quarter in June.

Apple reported a record for the quarter ended in June of $81 billion in revenue, up 36% year over year. Earnings per share came in at $1.30, beating the consensus analyst estimate by 30%.

"We're only in the early innings of 5G, but already its incredible performance and speed have made a significant impact on how people can get the most out of our technology," CEO Tim Cook said. The next iPhone launch could see high demand, too. Reports surfaced recently that Apple had bumped up production orders by 20% for the iPhone 13.

While the chip shortage is expected to dampen near-term sales growth, management said during the recent earnings call that revenue should be up by double-digit rates again in the quarter containing September, although it will be lower than fiscal Q3.

Most importantly, another strong iPhone launch would be huge for Apple's growing services business. Apple now has 700 million paid subscriptions on its platform -- nearly four times the level it had in 2017. For the nine-month period ending in June, Apple finished with $50 billion in services revenue, up 28% year over year.

Apple is an iconic consumer brand with a highly satisfied installed base of users. Investors should feel safe buying and holding this tech stock for the long haul.

Shares of Advanced Micro Devices have soared over the last five years. The chipmaker has been running circles around Intel, but AMD's revenue growth kicked up another notch a year ago, just before Sony and Microsoft launched new game consoles, which are powered by custom chips from AMD. 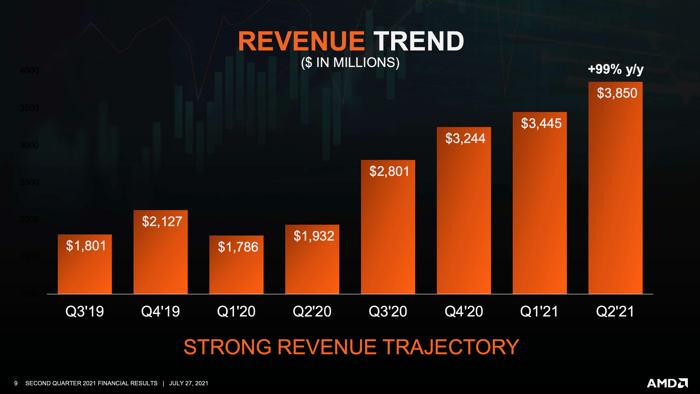 The PlayStation 5 and Xbox Series X/S have been in short supply since launching last fall and have only sold a small fraction of the total installed base of the previous generation (PS4 and Xbox One). The upgrade cycle in the console market is a major catalyst for AMD in the near term, especially with the holidays right around the corner.

With all the uncertainty around the economic recovery and COVID-19, not many companies are confident enough to issue specific full-year guidance, but AMD sees a clear path to more growth. It raised its 2021 outlook for revenue to grow approximately 60% year over year.

The stock jumped after the Q2 earnings report, but one analyst sees the potential for the stock to reach $150, which is nearly 50% above the current share price. Given AMD's outlook, the analyst might be right.

Long-term, AMD appears to be in great shape. While Intel has experienced delays in launching its 7-nanometer chips, AMD has given investors a specific product road map through next year, including its plans to launch the 5-nanometer "Zen 4" EPYC processor to keep the pressure on its larger rival. This chip stock has legs.