The clothing company, in comeback mode, saw its stock rise more than 13% on Monday.

CEO Tim Baxter has been bullish on the company's turnaround chances this summer, and that has helped to drive the stock. It also didn't hurt that the company's first-quarter numbers were way up, though it is still losing money: $40.6 million in the first quarter, though that's an improvement compared to the loss of $145.3 million it reported in the year-ago quarter.

In the first quarter of 2021, the company reported sales of $346 million through May 1, up 64% year over year. E-commerce sales were up 40% compared to the same period in 2020. The company said it expects positive cash flow beginning this quarter and positive EBITDA in the third and fourth quarters of 2021. 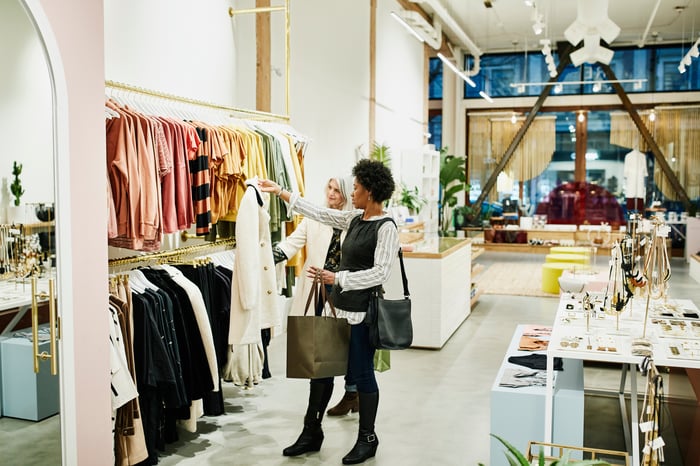 Express, a so-called meme stock with plenty of ardent retail investors, has been on a roller coaster ride for a while. The stock's 52-week high was $13.97 and its 52-week low was $0.57.

The stock had fallen more than 15% in the past month and more than 7% of its shares are shorted, which led to a short squeeze Monday with investors piling in.

Like many retail stocks, Express is hoping to get a big bounce from back-to-school and back-to-office sales this month. The rising number of COVID-19 delta variant cases, however, could lead to delayed school and work reopenings, and that would work against Express.

Perhaps the most positive side to Express is that its brand is still well known. And that has helped it develop a greater online presence that has continued to grow even though the pandemic seemed to be subsiding this spring.