Production costs are rising even as growth slows for this consumer staples giant.

Procter & Gamble (PG 0.91%) isn't growing like it did in the earlier phases of the pandemic. The consumer products giant recently closed out its fiscal year by reporting modest sales gains along with a rare drop in profit margins.

P&G's new outlook calls for a similar result in 2022, in part thanks to soaring costs that will add almost $2 billion to its expense burden this year. Let's dive right in. 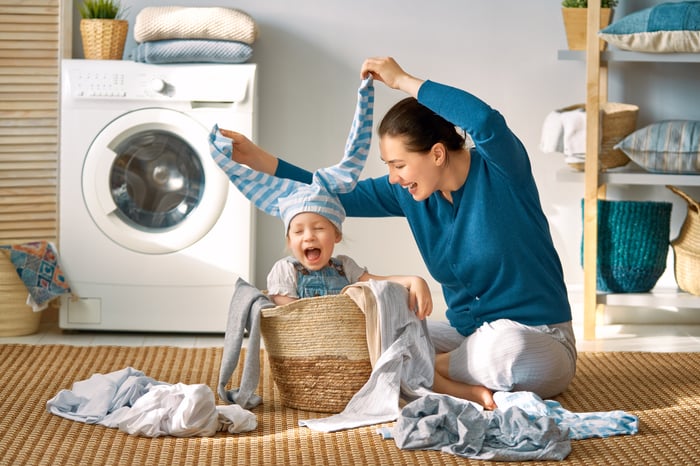 Procter & Gamble's revenue is rising despite some historically difficult comparisons with the prior-year period. Organic sales were up 4% through the quarter ending in June, compared to a 7% increase for the full fiscal year that just ended. The company noted several pressures on growth in recent weeks, including consumers' already having elevated pantry supplies for essential products like laundry detergent. Volumes only rose 1% in Q4.

That still qualifies as a win, especially considering that sales were up 7% in the prior-year period. P&G is also grabbing market share in attractive categories like skincare and fabric care.

Rival Kimberly-Clark (KMB 0.97%) just reported a 3% quarterly sales decline as its volumes fell 4%. "We built strong momentum prior to the pandemic," P&G's CEO David Taylor said in a press release, "and have strengthened our position further." 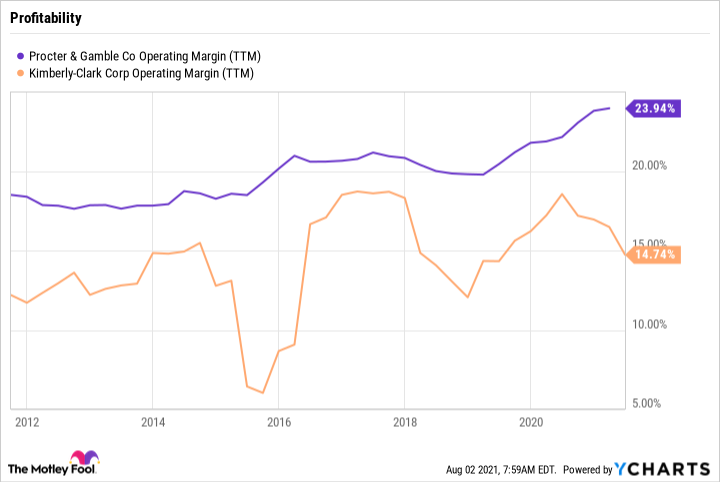 It helped that prices are rising and consumers are still tilting spending toward premium offerings across the portfolio. But P&G still endured a 2 percentage-point drop in operating margin.

Fourth-quarter earnings were down 3% after adjusting for currency exchange shifts in what Taylor called a "challenging cost and operating environment."

Those challenges won't disappear any time soon. P&G said it sees a $1.9 billion headwind in fiscal 2022 from rising commodity and freight costs. That translates to a 12 percentage-point drag on core earnings-per-share growth, management estimates.

The good news is that P&G's price hikes should cushion that blow, with help from continuing sales growth. Organic sales should rise by between 2% and 4%, the company said, which stacks up well against the modest decline that Kimberly-Clark recently predicted. Overall, P&G is aiming for earnings to rise just slightly faster than sales, with core profit increasing between 3% and 6%.

Investors should be happy with that outlook. P&G grew faster than most peers during the pandemic and is now targeting a softer landing as consumer behavior snaps back to more normal patterns.

Shareholder returns will be supported by that market-leading performance and amplified by a flood of direct cash payments. P&G is expecting to pay over $8 billion in dividends this year while spending about the same amount on stock buybacks in fiscal 2022.